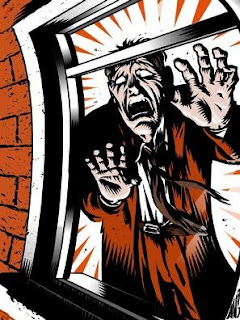 After nervous trading in Tokyo this morning sent the euro into an early nosedive, Naomi Fink, a Bank of Tokyo Mitsubishi currency strategist, said that the euro's fall was better explained as a natural correction. "I'm not joining the big panic on this," she said. "The euro was overvalued for quite a time and now it is a bit more sensibly valued. This was bound to happen and overdue."

Andrew Wilkinson, senior market analyst at Interactive Brokers Group LLC in Greenwich, Connecticut, took a slightly different view. "The euro is doomed," he says. "The strains among the partners are becoming clear and it's becoming harder to see global growth not being threatened by this."

With that, the euro has fallen further, trading 0.3 percent lower on the day at $1.2320, although up from $1.2237 — its lowest since April 2006. It has now fallen nearly 10 cents in the space of a week and, says Stuart Bennett, currency analyst at Credit Agricole CIB, "Panic is now showing up in the euro currency because it can't be really expressed in the bond markets after the EU/IMF package."

But ECB policymaker Ewald Nowotny said the fall in the currency was not a cause for concern, adding the exchange rate was in a "normal range" and there was no reason for hysteria about it.

So there you are ... pays your money and you makes your choice.

GREEK THREAD
Posted by Richard at 11:25