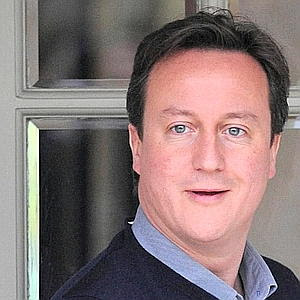 With the talks between the Tories and Lib-Dims quite obviously stalled, the Cleggie has formally opened discussions with the Labour party – essentially signalling the end of any Tory chances of forming a government.

To "seal the deal", Brown has announced he is standing down as party leader, with his successor to be in place for the Labour Party conference in the autumn. And that is when, most probably, a general election will also be declared – if it has not already been put in place as a result of parliamentary stresses.

As forecast on this blog, therefore, Brown will almost certainly be staying on as prime minister for the Queen's speech – and through into the summer. The chances of The Boy Cameron getting through the door of Downing Street are receding so fast as to approach vanishing point.

The big question now remains as to whether Cameron can keep his job, or whether the faithful will tolerate yet another period in opposition, perhaps giving The Boy another opportunity to learn how to a job he had not mastered when the last parliament ended. Either way, after a tense few days, it looks as if the ABC party - favoured by this blog - has finally won out.

Had the stupid schmuck gone for a referendum on the Lisbon treaty, of course, history might have been different. But hey! What do we know? We're not insiders like the great Mrs Dale and Tim Montgomerie who were soooooooo confident of their boy's victory.

Well, we did warn that this might happen. And, as The Boy contemplates the wreckage of his political career, we'd love to be the first to shake him warmly by the throat and say, "We told you so!" But the queue is already forming and we'll have to take our turn. Nevertheless, simply uttering those four little words is sweet enough ... for the moment: We told you so ... schmuck! (That's five, but who's counting?)

RESHUFFLE THREAD
Posted by Richard at 18:01