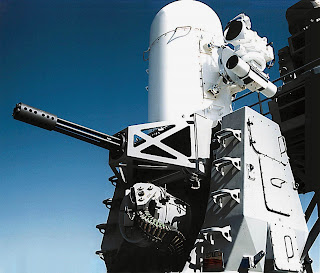 First it was the turn of The Times, then The Sunday Telegraph and then the Sunday Times. Now it is followed, this week, by both the Sundays, which pitch in with speculation on whether Gordon Brown is set to pull our troops out of Iraq.

Meanwhile, a quiet voice in the bowels of the Telegraph suggests otherwise. That, as you might expect, is from Christopher Booker.

Starting with the Sunday Telegraph front page, however, this blares out the ludicrous headline, "MoD to pull troops out of Iraq within a year" – ludicrous because, even in its own terms, it is not supported by the text of the story it proclaims.

Bearing in mind that the headline is added after the story is written, however, it is the substance of the text that needs concern us. And here, the fearless hacks, Sean Rayment and Patrick Hennessy, are seen to employ all their journalistic tricks.

"Military chiefs…" they proclaim, "…are drawing up plans to withdraw all British troops from Iraq within 12 months." Right! Now, could these "military chiefs" be Lance Corporal Miggins of the 5th Bombay Dismounts, and his mates down the drill hall? Or could they perhaps be Lt. Col. Blitherington Smythe of the 19/21 Whitehall Desk Drivers, and his gallant staff of pen pushers?

This we will never know from the Telegraph team who, in the best tradition of the idle speculators, never name their sources. What we do get though is that "a fresh timetable, which would see a unilateral withdrawal from the war-torn country by next May, will be presented to Gordon Brown within weeks."

For more (any) detail, we have to go to The Sunday Times and a story by Mick Smith headed: "British Iraq pull-out plan". Here, we actually get names: the British commander in southern Iraq, Major-General Jonathan Shaw, has produced a "commander's tactical advice" several weeks ago, written for Lieutenant-General Nick Houghton, the chief of joint operations, in London.

Now we get to the substance. This "advice" was written after the Ministry of Defence asked for options that could be presented to Brown when he takes over as prime minister. By whom the paper was commissioned is not revealed (there are an awful lot of people in the MoD) but we do learn that it has yet to win the backing of Houghton and it has not gone to ministers. We are told, though, that Shaw's "tactical advice" was endorsed by the most senior British officer in Iraq, Lieutenant-General Graeme Lamb, who is deputy coalition commander.

We then have to rely on another unnamed "senior source" (Lance Corporal Miggins, perchance?) to firm up the Mick Smith line that, "it is impossible to see politicians going against the advice of two of the most experienced operational officers in the British Army."

More speculation then follows but we then get from "sources close to Des Browne", that there has been no change to British policy in Iraq. This describes withdrawal as being "conditions based" and dependent on Iraqi troops being able to take control. Ministers have consistently refused to give any timetables for withdrawal

Turning now to Booker, he takes up the theme of this this blog (and here) pointing out that the MoD has committed a torrent of funding to prosecuting counter-insurgency operations in Iraq and Afghanistan, not least on the C-RAM counter-mortar guns (pictured) that are now being installed in Basra.

It is a standing joke within the MoD that new spending on an establishment is always a precursor to it being closed down, but the joke can only go so far. With programmes as yet formally unannounced, the new money being spent on Iraq alone actually looks to be well in excess of £1 billion. It is beyond reason to argue that Gordon Brown would commit that sort of money if he was set on early withdrawal.

On numerous occasions on this blog, we have cautioned that, when evaluating politicians, you should watch their hands, not their lips. In other words, assess what they do, not what they say.

In this instance, we know that the military is divided on Iraq – as indeed are senior civil servants in the MoD and foreign office – to say nothing of New Labour ministers. In the interregnum where Blair has effectively stood down as prime minister and Gordon has yet to take over, therefore, it is inevitable that there should be a flurry of briefings and counter-briefings, plus position papers setting out the various options that might be considered.

But, from the top political level, not only do the lips say "we stay", the money also tells its own story. Everything else is fluff from idle hacks with too much time on their hands and not enough brains to work out what is really going on, bolstered by "newspapers" which seem more intent on pushing an agenda than reporting facts.