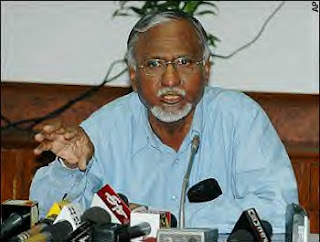 When you think about it, President Bush was really quite smart in his response to the various European demands at the G8 on the subject of climate change. When he called on the world’s powers to reduce voluntarily greenhouse emissions, he insisted that those powers must include China and India. The chances are he knew that those two countries will never agree to any of it.

In yesterday’s Daily Telegraph an article by Peter Foster articulated quite clearly the Indian attitude (the Chinese one being, presumably, unprintable). Pradipto Ghosh, former Environment Secretary and now one of the Prime Minister’s advisers on global warming, made several important points that emphasised the developing countries’ attitude.

In the first place neither India nor China will agree to calculating overall emission cuts, preferring, for understandable reasons, to look at per capita entitlements, which would give both those countries an enormous advantage.

Mr Ghosh said it was now up to the world to decide how big the 'carbon pie' should be at a certain point in the future - say, 2050 - and then agree that by that date all nations should have an equal entitlement relative to their size of population.

At present, the average America citizen accounts for more than 15 times the carbon emissions of the average Indian - the average Briton seven times - while in absolute terms India's emissions are predicted to surpass those of the US in 30 years time.

"This [Global warming] is a challenge for the West. Those countries have been at a tremendous party since the nineteenth century and now the party has to come to an end. It is the West that has to get serious about this problem.

"India will not accept an endgame where Western people continue to pollute the earth in perpetuity at three or four time the rate of people in this country. And my impression is that China agrees.

"We see a lot of resistance to this idea [of counting emissions on a per capita basis] but the intellectual force of the idea is unassailable. We often hear from the West that 'it can't be done' or 'it's impracticable', but we say 'do the maths and make a plan to make it possible'.

In the second place, India does not like being treated like a petitioner and prefers to be viewed as a partner, not an unreasonable attitude, given her economic performance and rapid integration in the world economic system.

India's prime minister let it be known the G8 decision to delivere their final communiqué before meeting with the G5 countries - India, China, Brazil, Mexico and South Africa - had made him question the worth of even attending the summit.

There is a strong air of neo-imperialism around all the climate change and carbon emission cut discussions, an air that the Indians, naturally enough, do not like.

Thirdly, India’s top priority is economic growth and improving living standards for its population, many of whom live in a poverty that, as Mr Ghosh says, the West can have no concept of.

It would appear that another impasse has been reached on the subject of carbon emission cutting, despite the rather foolish triumphalism of much of the media. For the truth is, as Kimberley Strassel pointed out in the Wall Street Journal, it was Bush who won and the Europeans who lost, not least because for all the talk of Kyoto and son of Kyoto, there has been a quiet acknowledgement of the system having failed. (Actually, it failed as soon as Senate rejected the United States signing up to it, as the main purpose was to shackle the American economy.)

Don't expect anyone to admit it. When Mr. Bush unveiled his new climate framework last week, calling on the world's powers to reduce greenhouse emissions, it was portrayed as a capitulation. He'd removed the last "obstacle" to world unity on this issue, and seen the error of his ways. At this week's Democratic presidential debate, every candidate vowed to fix the damage Mr. Bush had done to America's international reputation, his Kyoto failure the obvious example.

There's been a capitulation on global warming, but it hasn't happened in the Oval Office. The Kyoto cheerleaders at the United Nations and the European Union are realizing their government-run experiment in climate control is a mess, one that's incidentally failed to reduce carbon emissions. They've also understood that if they want the biggest players on board--the U.S., China, India--they need an approach that balances economic growth with feel-good environmentalism. Yesterday's G-8 agreement acknowledged those realities and tolled Kyoto's death knell. Mr. Bush, 1; sanctimonious greens, 0.

Ms Strassel is not enamoured of Bush’s handling of the climate issue. As all politicians, the President saw this as an excuse to micromanage economic matters that should lie outside the government’s realm. But there is no getting away from the fact that he has bested his “opponents” at the bar of world opinion just as America has bested the Kyoto signatories in the whole question of greenhouse emissions.

But compared with Kyoto, Mr. Bush's vision has been sublime. The basic Kyoto philosophy is this: Set ever lower mandatory targets, ratcheting down energy use, and by extension economic growth. The program was viewed by environmentalists and politicians as a convenient excuse for getting rid of unpopular fossil fuels, such as coal. In Kyoto-world, governments exist to create draconian rules, even if those dictates are disguised by "market" mechanisms such as cap-and-trade.

President Bush's approach is opposite: Allow economies to grow, along the way inspiring new technologies and new forms of energy that lower C02 emissions. Implicit is that C02-control technologies should focus on energy sources we use today, including fossil fuels. In Bush-world, the government is there to incentivize industry, coordinate with it, and set broad goals.

Take your pick. Under the vaunted Kyoto, from 2000 to 2004, Europe managed to increase its emissions by 2.3 percentage points over 1995 to 2000. Only two countries are on track to meet targets. There's rampant cheating, and endless stories of how select players are self-enriching off the government "market" in C02 credits. Meanwhile, in the U.S., under the president's oh-so-unserious plan, U.S. emissions from 2000 to 2004 were eight percentage points lower than in the prior period.

The cap-and-trade system has benefited the biggest producers at the expense of the consumer and the smaller enterprises, as Julian Morris, Director of IPN, pointed out yesterday at a meeting of the Bruges Group.

The real question is how long before these and other facts mentioned in the article as well as the ever louder attitude expressed by the large developing countries become parts of public knowledge. I can hear the answer: not until the BBC for one manages to stop slobbering over man made global warming and hell might freeze over first in the great global cooling.

Indeed, not until our Prime Minister-in-waiting stops making ridiculous and ill thought out statements about the European Constitution and climate change. Mr Blair took years to recognize the futility of Kyoto and state regulations of emissions. How long will Mr Brown take and why do we have to go back to Start every time as if we were playing a giant game of Snakes and Ladders?

In fact, as we have mentioned in a number of postings in the past, the United States has made moves forward on all the issues involved with pollution and carbon emission.

Though it received little press, the U.S. in 2005 started the Asia-Pacific Partnership, a voluntary climate pact between it and Australia, Japan, South Korea, China and India. Unlike Kyoto--in which a government sets a national target for emissions, and then forces a few unlucky industries to make cuts--the Partnership gets industry execs from every sector across the table from relevant government ministers, and devises practical approaches to reductions. This parallel diplomatic approach has proved far more acceptable to countries like China, and played a role in that country's own recently released climate plan.

In the end, however, the Prime Minister of India is right. He is not claiming the right to pollute ad infinitum merely pointing out that economic growth in countries with large poor populations remains top priority. It does so for environmental as well as economic reasons.

Environmental changes and, indeed, disasters do not happen in any kind of vacuum. What is never acknowledged in these calculations produced by Greenpeace and other organizations and commentators who do just happen to have a vested interest in spreading panic, that human reaction to these developments are of primary importance. How we react to malaria or hurricanes, to take two extreme and random examples, matters as much as whether these are caused by a rise in the temperature or not.

How we go about preventing disasters and coping with them afterwards define the future far more than solar activity that we cannot control anyway. Inducing panic about the possibility of malaria returning to moderate climates (not appearing for the first time) because of global warming is far too vague and far too horrifying to deal with. But actually looking at what eradicated malaria and what prevents its return now is of some use. Going from there, we need to examine our attitude to DDT spraying in Africa and, nearer home, new environmental policies of re-flooding parts of the Netherlands that had been drained in the past. Will the latter create conditions that will bring back malaria?

Or take hurricanes. Apart from New Orleans, which is sometimes described as the Third World outpost in the First World, the United States manages to protect itself and to cope with the aftermath of those hurricanes considerably better than it did one hundred years ago. Similar storms raging across Haiti, for instance, devastate that country completely.

The difference is obvious to all: a much higher level of economic development.
So, perhaps, the Indian Prime Minister and his adviser, Mr Pradipto Ghosh, are right: raise the standards of living across the whole country and many of the environmental problems will be solved as well. Pay attention to what is going on in your own country and try to deal with problems that are nearer home and there is a greater likelihood of cleaning up the environment than with all the grandiloquent statements, films and accompanying jetting around.