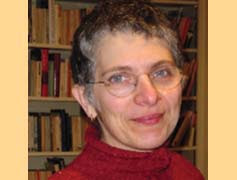 Melanie Phillips, with whom this blog does not necessarily agree every time, has published a curious story about the European Parliament that raises a few interesting issues about that august institution.

It seems that a French version of the "Protocols of the Elders of Zion" a well-known forgery created by Tsarist officers or, possibly, by a Russian-French journalist, published recently in Belgium, was briefly available in the European Parliament bookshop.

As our readers expect, I do not have any objections to the text being available, provided that there is a reasonable scholarly explanation of the text, its provenance and effect. However, it would appear, that this particular edition may not have had any of that.

Be that as it may, it is the follow-up that is of interest.

To counter this evil, a month ago Dr Emanuele Ottolenghi, Director of the Transatlantic Institute in Brussels, sent a copy of The Plot to all MEPs and their staff. The Plot is a graphic novel by Alan Eisner which draws upon the history of this hoax.

Up with this the European Parliament would not put.

Dr Ottolenghi was subsequently astounded to receive a letter from the European Parliament saying it was refusing to distribute the book ‘due to the nature of its content’. When he asked for an explanation, he was fobbed off with conflicting excuses: they didn’t allow advertisements, the book had religious content, it had no relevance with the Parliament’s agenda. He has now lodged an appeal with the Quaestor in charge, Astrid Lulling MEP from Luxembourg (astrid.lulling@europarl.europa.eu). But so far, she has not even acknowledged receipt of his appeal — and from the rest of the Parliament, there is only silence.

The most immediate question to be asked is what business has the European Parliament with postage addressed to members and staff. Is there an office where they steam open correspondence and censor it for any unacceptable material?

Secondly, one would like to know why a book, albeit a novel, recommended by a highly regarded scholar unacceptable while a vicious forgery can be sold in the Toy Parliament's bookshop.