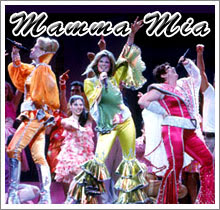 This hilariously funny story brings together several strands we develop on this blog, if some of them intermittently. Firstly, there is the question of the potential academic boycott of Israel (though not of either of the Palestinian states, neither the Hamas ruled one nor the Fatah ruled one).

The other strand is the MSM and its astonishing ability to get things wrong in the sense of inaccurate rather than not objective. Even if one could be objective, there is no particular call on newspapers to be that. Accuracy in reporting, on the other hand, might be quite a good idea.

Thirdly, this ties in with my appearance on 18 Doughty Street's Vox Politics yesterday evening. One of my co-panellists was a journalist from The Times. For that reason there was a great deal of general discussion about how good our broadsheets were (though that is not an expression one can use about the former Thunderer.

Here is a story by Sonia Verma in Jerusalem about Israelis over-reacting to the threatened boycott by, among other things, preventing the Israeli production of "Mamma Mia".

Here, on the other hand, is an article about that article by Allison Kaplan Sommer, which tells us, among other things, that the play has already opened in Tel Aviv, in a sports stadium because of its size and technical complexity.

The Times reporter, Sonia Verma, when questioned by Ynet, provided this lame response: “I think that the basis for the misunderstanding may be that the article’s headline is misleading. The people of the theater are just one aspect of the story, which refers to the Israeli response to the boycott. I didn’t write the headline, but all the information that appears in the story is true and had been verified.”

Pretty gutsy for the author of an article with a huge factual error regarding the date that the show begins in the opening of her story.

In short, the article relies on the statement of one interested politician – no facts, no other quotes — to back up the supposed “the Israeli response” to the boycott. One could argue there wasn’t room for more quotes – but that would be wrong. There is room to quote a founder Palestinian Campaign for the Academic and Cultural Boycott of Israel, Omar Barghouti. “The Palestinian call for institutional boycott of Israel, which is principally inspired by the antiapartheid struggle in South Africa, is the most morally and politically sound resistance strategy to counter Israeli apartheid and colonial policies,” and that he is organizing a tour next month of British universities and colleges for pro-boycott Palestinian academics.

No doubt, their focus groups, much relied on, as we were informed yesterday, told them that accuracy in reporting was of little import as long as one could have a lot of emotion.