When the media caravan packs its tents… 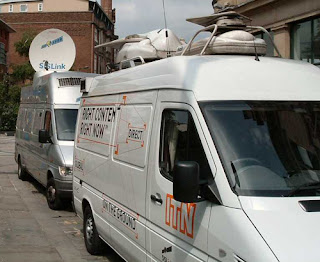 Martin Wolf in the Financial Times gets it nearly right, when he observes today: "The aim of the Berlin summit is to agree the terms of reference for an inter-governmental negotiation leading to a new treaty."

In fact, apart from the minor details that it isn't a summit, but a meeting of the European Council, and it isn't in Berlin (formal European Councils are always in Brussels), he is spot on. The meeting on Thursday and Friday is about agreeing the "terms of reference" for the IGC. If you wish, you can call it a "mandate" or "roadmap", but it all amounts to the same thing.

Of course, if the media expressed it in these prosaic terms, the drama goes out of the event, and hence there is less of a story. So, to keep the soap opera going, they hype it all up, filling their columns and the airwaves with their dire tosh.

Even the golden boy Daniel Hannan has something of the measure of the media, telling us how cleverly he forecast two weeks ago that, "For the next fortnight, we shall be treated to some asinine play-acting…."

That much he got right, but he is putting up his own version of reality and hasn’t got round to telling us that the "summit" which he so diligently dissects, is the central theatre of unreality.

At least, it is provoking the ritual howling for a referendum, but the trouble is that this glorious "summit" is going to end up in the classic anti-climax. And when the media caravan has packed away its tents and its satellite vans, who will be there to sustain the pressure, as the "colleagues" go into their convocation, and get down to the serious horse trading?

As far as the media will be concerned, it will be done deal. Other stories will beckon – we have the Brown-Cameroon show waiting in the wings … Europe? Boring, dahlink, we did that last week.

Behind the glitz, though, there are tectonic plates shifting. Merkel did not recommend an IGC lightly. By preference, the "colleagues" would have preferred to deal with this matter "in-house", through the European Council. They tried that, and it failed, so the convening of an IGC is a counsel of desperation – the last throw.

Not least – despite suggestions from the likes of Hannan that the outcome is pre-ordained – IGCs are unpredictable beasts. The last but one, Nice, was a close-run thing and it was only through the brute force of Chirac that anything at all was resolved – and then it was a messy, unstable compromise. Now he has left the stage, there is no longer the same cast of powerful characters and, for the first time, there are 27 players.

For sure, the "colleagues" are going to be talking up the prospects but, in reality, there is a very distinct possibility that, once the IGC proper gets going, the whole thing could unravel. But first, we are going to have to wait for the media caravan to pack its tents.