Did he have legal advice? 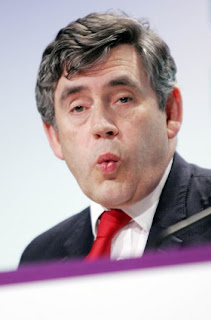 No, this is not another blog about legal advice on the Iraqi war. Not only would I find the subject deadly dull and over-written by numerous hacks and bloggers but I am also doubtful about such a thing as a legal war. A just war, I can understand, or an unjust one; a stupid war, an unnecessary war – these are all clear concepts that can be argued and discussed. But a legal or illegal war? According to whose laws?

This posting will deal with a subject that actually does have a legal or illegal aspect to it and that is employment. The European Union has, as we know, controls such matters as public procurement and movement of workers. In other words, Britain cannot simply announce that it will hire only British people for whatever jobs (say in the whole of the Olympics charade) there may be.

Nevertheless, that is exactly, Gordon Brown, Leader of the Labour Party and Prime Minister-in-Waiting, said earlier this month. “British workers for British jobs” he proclaimed, though, to be fair, once the details became apparent, the promise did not seem to be quite as firm as all that.

Mr Brown's officials said that Employment Partnerships were being established by the Government with businesses in the retail, hotels, hospitality and security sectors, as well as the Olympic Delivery Authority, to provide support for up to 200,000 unemployed individuals to find work.

The Olympic Delivery Authority would work with its contractors and suppliers so that employment opportunities are made available through Jobcentre Plus for unemployed people in London and the South East with the first 500 jobs likely to be advertised from this autumn onwards.

What legal advice the Chancellor of the Exchequer has taken on his statement that he wants to ensure that the jobs available in Britain are available for British workers who are looking for jobs, in the light of European Union employment legislation and the single market.

HMG’s response was quite extraordinarily off the mark even by that body’s standards:

In other words, nothing much has changed, we think. Various attempts will be made to help people off unemployment benefits (though clearly not off disability benefits, whose reform is still discussed) to jobs. Of course, if despite all those trials, subsidised employment (what on earth is that and how does this help people who are applying for jobs and are capable of fulfilling their tasks properly?), guaranteed interviews, mentoring, whatnot, the people in question are still less employable than the East Europeans then the jobs will go to the latter.

The chances are that Mr Brown did not bother to have any legal advice, a habit he will have to acquire as far as the European Union is concerned, not least because he is facing an attempted coup d’êtat by the European Council with his outgoing predecessor apparently destroying his right to negotiate in any meaningful sense. This is not true but Gordon Brown will have to fight a battle and getting legal advice on all these matters might be a good way of starting.