A coup d'etat in the making 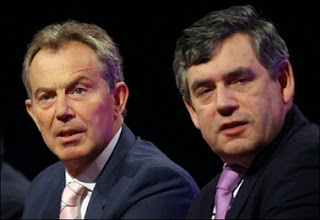 The devil is in the detail, they say – but not here. It is right up front, in your face, a naked coup d'etat attempt, writ large in the European Council presidency conclusions. There, you will find provisions which breach the fundamental principles of national sovereignty and make formerly independent sovereign states subordinate to the European Union.

This is not an academic issue, to be chewed over by constitution lawyers, but one of huge practical significance. It will determine whether Gordon Brown will have any freedom to negotiate in the forthcoming Intergovernmental Conference (IGC), which is set to start in July under the Portuguese presidency.

The crunch of the coup comes in Paragraph 11 of the presidency conclusions, which states:

11. The IGC will carry out its work in accordance with the mandate set out in Annex I to these conclusions. The European Council invites the incoming Presidency to draw up a draft Treaty text in line with the terms of the mandate and to submit this to the IGC as soon as it opens.

This is then amplified by Annex 1 of the conclusions, headed "Draft IGC Mandate", where the very first paragraph – the preamble – declares:

The present mandate will provide the exclusive basis and framework for the work of the IGC that will be convened according to paragraph 10 of the European Council conclusions.

The practical implication of this – if the text is accepted at face value - is that the representatives of the member states are effectively bound by the terms of the "mandate" and cannot introduce other matters, or seek treaty changes not foreseen by this "mandate". At a national level, the effect would be that Gordon Brown would not be able to change the agenda set by the European Council, as agreed by his predecessor Tony Blair.

In constitutional terms, this is a dramatic development. Over the years, if I had been given a pound for every tortured e-mail and other communication on how the EU is robbing us of our sovereignty, I would be a millionaire many times over. But in these short paragraphs is a fundamental challenge to the sovereignty of the member states of the European Union, which we cannot allow to pass.

The central tenet – and ultimate safeguard – in the relationship between member states and the Union is that the member states are sovereign. They alone have the ultimate power and authority to decide the terms of the treaties under which the Union will operate.

In this presidency conclusion, however, the European Union – as represented by the European Council – is seeking to dictate to the member states what they shall (and shall not) include in a treaty (the text of which it has defined), effectively barring them from discussing anything else. If the member states accept this, they are effectively conceding that they are subordinate to the European Union, thereby acknowledging that the Union is the supreme power.

This would represent a fundamental change in the relationship between the member states and the European Union, one not brought about by treaty, but by an informal de facto arrangement emanating from the European Council - setting an extremely dangerous precedent.

Thus, Gordon Brown's first challenge on becoming prime minister is not only to address the detail of the so-called "mandate", but to re-assert his right, as leader of a sovereign, independent nation, to decide on the terms of a treaty which will cede "competences" to the Union. He and his fellow heads of state and government, acting on mandates from their respective peoples, alone have the power to decide this.

In short, Gordon Brown's first task is to tell the European Union who is boss.