He got paid for this? 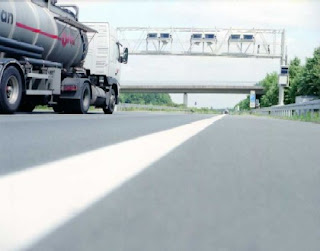 If you really wanted a demonstration of how ignorant some journalists are, with not the faintest idea of how our government actually works, all you need do is read the piece in today's Daily Telegraph by David Millward, the paper's transport correspondent.

Legislation that would allow Brussels to dictate what technology was used in any charging scheme was taken through the Commons without debate. It was contained in a Statutory Instrument, normally a routine measure that passes through Parliament on the nod. But in this case it has made a European directive legally binding in Britain and as a result has set limits to the technology that can be used in any charging scheme.

Where do you start on this?

Firstly, we are actually talking about The Road Tolling (Interoperability of Electronic Road User Charging and Road Tolling Systems) Regulations 2007. But, if their existence "became clear" to Milward "last night", they were actually laid before Parliament on 17th January 2007 and came into force on 12th February 2007. What took Milward so long to notice them? He is, after all, a specialist transport correspondent.

When they were laid before Parliament, this would have been noted in the Order Paper, given to all MPs and posted on the Parliament website. However, not only did they get flagged up on there, they were also reviewed by the House of Lords "Merits of Statutory Instruments Committee" which reported on 7 February. Furthermore, the Regulations were also subject to extensive public consultation between 18 July 2006 and 17 October 2006.

If this was a "secret signing", it must be the worst-kept secret in the history of mankind.

Even then, the Regulations were hardly unexpected. They are based on Directive 2004/52/EC, and to transpose technical directives of this nature by way of a Statutory Instrument is entirely normal. And that it was going to happen was completely predictable. It has been around since 2004 and even we highlighted them in December 2006.

So much for the "secret", but it doesn't stop there. "Britain has … signed up to a pan-European road pricing scheme," writes Milward. Er… no. This is about interoperability - making sure there is an element of standardisation. The Directive and the Regulations thus require that, if you install a road pricing system, it must use one of three standard technologies. There is no compulsion, implied or otherwise, to implement road pricing.

Onwards we go, though, to find Milward citing the AA, which says "London's congestion charging scheme could fall foul of this directive unless Ken Livingstone, the capital's mayor, convinced ministers that it was harmonised with other systems in Britain - and ultimately Europe."

But, even then, Milward hasn't finished. For the climax, we get this:

"This is the worst nightmare for those who fear 'Big Brother' tracking," said an AA spokesman. "The loss of privacy is our greatest fear. We also suspect that this has been specified so Brussels can argue the case for its expensive Galileo satellite system."

It is indeed possible the government will try to foist Galileo on us but, actually, this Regulation helps it none. Three different technologies are permitted, of which only one is "satellite positioning". Galileo is not even specified.

Looking at the article as a whole, it is hard to conceive that it would be possible to write a piece with so many errors. But Milward has managed it – and he was paid for doing it.

And how many people, when they read it, actually believed it?