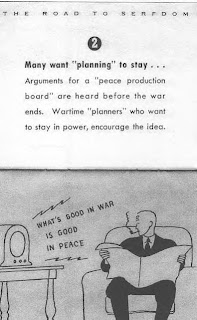 There are a few, very few books, that can be said to have changed the world. They are not always the ones we assume. The Bible, of course, and the Koran. Other religious texts? Well, maybe, though one would be hard put to enumerate them. There are those 95 Theses, of course, but they were not a book. The Analects of Confucius, probably. Other religions produced various texts and few can be described as world changing in themselves.

"Das Kapital"? I think not, since hardly anyone has read it. "The Communist Manifesto", on the other hand, has had a dire effect on the whole world. "Mein Kampf" is not a runner either as it has had little effect around the world. The war might or might not have happened but Hitler's turgid rubbish did not cause that or the horrors of the Nazi regime.

What about great novels? Well, sadly, few of them have had a really lasting effect except on individuals and then not to prompt them into action. I have always considered it to be an ironic comment on people and their attitudes to reading that in Russia, a country that for a few decades boasted some of the greatest novelists the world has ever known, the most influential book was Chernyshevsky's "What is to be done?", a dull and turgid text, which had a great and evil influence on history.

As it happens I agree with Melvyn Bragg (must be a first) that one of the most influential books in the world is the Football Association Rule Book.

There is one political book, whose influence has not waned unlike that of "The Communist Manifesto", for instance, and that is Friedrich Hayek's "The Road to Serfdom". Written at an unpropitious time for free-market economists, at the end of World War II, it immediately became a best-seller and although its ideas took a while to permeate, this is now happening to an unbelievable extent all over the world.

Here is a cartoon version of the ideas Hayek explained so lucidly. Pretty cool, as an American friend wrote to me.
Posted by Helen at 00:39