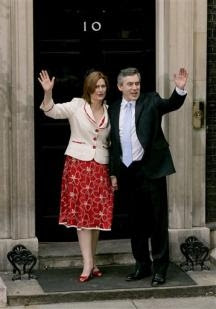 For all its many faults, the Daily Telegraph must be applauded for giving Bruno Waterfield space to run his story on the developing treaty saga.

Under the headline, "You're stuck with Blair's EU deal, says Portugal", he develops the theme we raised yesterday, that the stitch-up was continuing.

Thus does Waterfield write, "Gordon Brown will find his hands tied as it becomes clearer and clearer that Tony Blair's European Union treaty deal resurrects the constitution rejected by French and Dutch voters two years ago."

He then goes on to tell us that the incoming Portuguese EU presidency has made it clear that the new British prime minister is bound by the mandate agreed by Mr Blair last week, clothing this with direct quotes.

Europe minister, Manuel Lobo Antunes is cited, declaring that: "We do have a clear, precise and detailed mandate handed down to us. We believe that the conditions and guidelines are set out to us in that mandate … We will be sticking strictly to the terms we have been given."

Chillingly, Waterfield adds, "Portugal wants a quick treaty finish and will hold Mr Brown to the 15-page text (16 pages, actually), backed up by as yet unpublished legal documents signed by Mr Blair and regarded as binding for his successor."

Er…? What "unpublished legal documents signed by Mr Blair"? Are we back in the days of secret treaties being signed, or what? I think we should be told.

Anyhow, that Gordon Brown is bound by the "mandate" is simply not true. In the final analysis, he has a veto at the IGC summit scheduled for 18-19 October in Lisbon. But you can see the line developing, as the "colleagues" continue to insist that the treaty is a done deal.

We also get the intelligence that Labour MEPs have pleaded, on behalf of Downing Street, with EU institutions to downplay elements of the constitution to help the Government domestically "undersell" the deal to avoid a referendum. The stitch-up is indeed continuing, although the "colleagues" do not do discretion that well.

The pleas have fallen on deaf ears, writes Waterfield, and the drip, drip of opinions, especially those rubbishing the legal force of Britain's opt-outs, will continue throughout the summer.

We also get more detail on the timetable: formal treaty negotiations begin on 23 July and will mainly be conducted in secret, an arrangement primarily put in place to help Mr Brown. Foreign ministers will discuss a 150-page "draft treaty text" in the Viana do Castelo, Portugal, on 7 September. 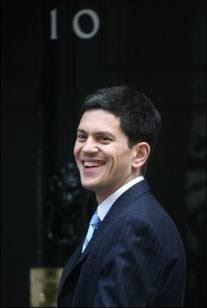 Thus do 16 pages turn into 150, signifying the true extent of what Blair agreed in Brussels. It reminds me of those novelty pellets you can buy which, when you immerse them in water, expand to fill the container, taking on the shape of a multi-coloured flower. No wonder we are having difficulty tabulating all the changes in our analysis.

The first key date in this timetable will be the foreign ministers' meeting on 7 September, when all but the final details of the proposed treaty will be agreed. And here the full horror of Brown's choice of foreign minister will become clear. We will be represented by arch-Europhile David Miliband, who will be keen to agree everything he thinks he can get away with.

With most of the media and the public thinking that the treaty was "signed" by Blair on 23 June, Miliband has a head start, and you can bet that the likes of the BBC – if they report it at all – will present the meeting as simply "tidying up the details". Nevertheless, this will be a crucial moment for the "colleagues".

Then, shortly afterwards, at the October summit, we will learn whether Brown is his own man, or simply Blair's poodle, tightly leashed, following in his wake.