The man who sold out Britain 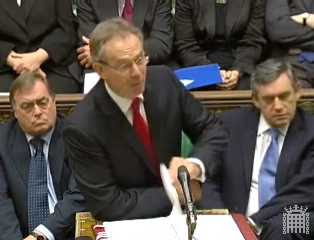 So, prime minister Blair stood to a packed House for his final question time - taking a few anodyne questions from the leader of the opposition, David Cameron - after a record-breaking ten year reign.

There could be no doubt that we were watching a small piece of history being made. As we write, Blair was already being driven to the Palace, accompanied by his wife, to tender his resignation to the Queen. In so doing - although no other commentator will make the point - he also tenders his resignation from the de facto government of Europe, the European Council, ceding his place to his successor, Gordon Brown. 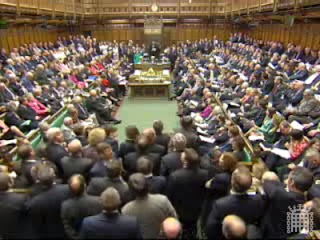 But he will also leave as a fully paid-up member of that European government, the European Council, bound - if the proposed treaty goes through - to serve the interests of the Union ... the European Union. 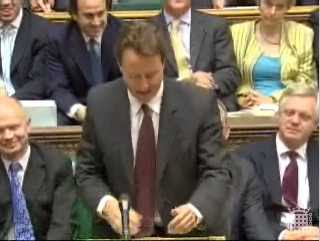 Thus, if the Merkel stitch-up holds, Brown will only have a short time as leader of what was once a proud, independent nation. He will become, by virtue of the very treaty he so far endorses, a bonded servant of the European Union and member of a fully-fledged EU institution.

On that basis, when Gordon Brown leaves the Palace later this afternoon in the prime minister's car - to feed the media frenzy on the cabinet reshuffle - it would be perhaps appropriate, although unlikely, if he acknowledged the reality. 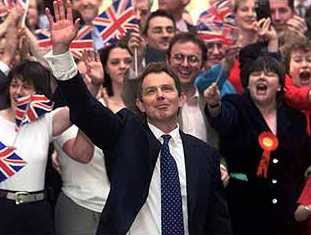 There has already been a Cabinet reshuffle, in Europe. A new member has just joined the European Council. The shiny car in which he is driven to Downing Street should be bearing not a Union Jack but a ring of stars, to remind us of his coming servitude.

That also would be an acknowledgement of Tony Blair's true legacy to this nation. Ten years ago, he entered Downing Street to a flurry of Union Jacks, waved by enthusiastic supporters. Today, he leaves - to an unprecedented standing ovation of the House - bequeathing his successor a blue flag with twelve yellow stars.