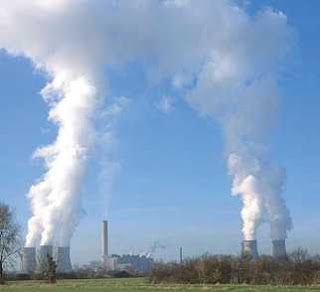 Courtesy of The Financial Times, we learn of one of the more bizarre side-effects of the global warming scam.

It appears that Britain's electricity generators could make windfall profits of about £1.5bn a year from the European Union's emissions trading scheme. And, as a result of this scheme, the profits Europe-wide could add up to about €20bn (£13.6bn) a year, created because of the way the EU's system works. Simply, electricity prices are higher as a result of the scheme but generators' costs do not rise to the same extent, as they are given most of their permits for free.

For some companies, we are told, the profits are significant. For the company that owns Drax - Britain's biggest coal-fired power station, in Yorkshire - the value of emissions permits could represent about half of next year's profits.

Is it so surprising that industry has become rather supportive of measures to limit global warming?

Email ThisBlogThis!Share to TwitterShare to FacebookShare to Pinterest
Labels: electricity