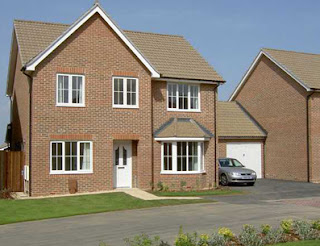 On reflection, the Boy King has actually achieved something that many readers might have thought impossible – an expression of sympathy from this blog for the MoD.

Cutting through the furore about Service accommodation standards, with such a huge estate (comprising nearly 200,000 bed units) it is very easy to pick up examples of the very worst and put pictures up on the net. But, as the MoD has done (left), it is also possible to put up examples of good conditions, thus redressing a balance that has been sorely missing.

What also has been missing is the reality that a great deal of Service accommodation is very good, while some of the tenants are very bad – the boozed-up squaddies that think nothing of trashing their barracks or the dozy little Misses in married quarters who block off all the vents and who do not open windows from one week to another, and then wonder why black mould grows in the bathroom (the bane of the life of many a housing manager).

Whatever else, as the dust begins to settle on this issue, what does emerge is that there is not a major crisis of Forces' accommodation. There are problems, yes – and they do require vigilance from and occasional intervention by MPs, who are the longstop in the system. But it is also fair to say that there always have been problems. In the old days of "Works and Bricks", some of the stories would have made your hair curl.

Nevertheless, the issue – as we observed when it broke – has given the opportunity for the touchy-feely Girlie Boy to deal with defence without getting his soft little hands soiled with nasty green (and now grey) things that go "bang!".

And however bad the ghastly Mr Harding of the Telegraph might be – and that is seriously ghastly – he does point up in today's piece on the Royal Navy that there is a serious defence spending crisis building up, which the Girlie Boy Tories are ignoring. 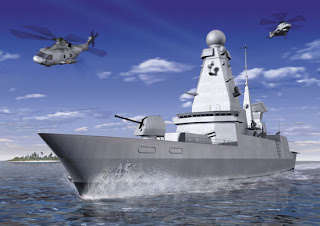 But, for all its indignation about the state of the Fleet, the Telegraph itself has not only been wholly inadequate in addressing the growing crisis but, in the persona of its defence correspondent, has been a cheer-leader for the Type 45 Destroyers which, at £1 billion each, are part of the reason why the Royal Navy is having financial problems.

And it the procurement of Type 45, as much as anything, that demonstrates so clearly why we need a broader debate on defence, one which the Tories should be – but are not – leading.

To illustrate just how wide that debate should run, I am much taken with a comment on the unofficial Army forum, which questioned my assertion that we should be using (MAMBA) counter-battery radar as part of our strategy for dealing with hit-and-run mortar attacks on our bases in Iraq. To the person who made the comment, all the deployment of that equipment meant was that troops would get extra warning, which would "get them to the trenches but not much more". 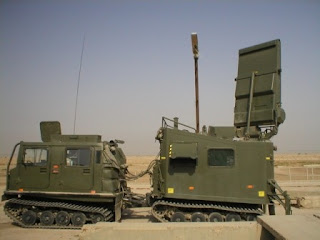 In this beguilingly simple comment lies the debate. In the last few years, the MoD has spent over £200 million on new, state-of-the-art counter-battery radar. It bought four MAMBA sets for £30 million and ten COBRA sets for £17.8 million each. If this equipment has no use in the shooting wars in which we are currently engaged – in Iraq and Afghanistan – why did we buy them?

If all they are to do is sit unused in a warehouse, "somewhere in England", against the eventuality that they might be wanted for some distant, as yet unspecified campaign, then surely we had better things to do with the money?

On the other hand, if they are to be used, there is no value to be gained simply from identifying the location of enemy mortars unless you are prepared to act on that information – attempting either to kill or capture the mortar teams. But that costs extra money, for UAVs and for helicopters – which simply has not been spent.

Therefore, it is all very well for the Telegraph to complain that defence funds "are often spent unwisely" but the only examples it can offer are the "£20 billion so far gobbled up by the otiose Euro-fighter" and a similar sum for the Trident replacement. But, as we have pointed out elsewhere, without talking into account either of these two projects, this government has overspent £8.8 billion on European projects which could have been sourced more cheaply elsewhere.

Yet, not only has this waste gone unrecorded, the paper also bleats about the "Euro-centric nature of our defence", complaining that Britain's strategic thinking has been focused on the defence of western Europe. The paper now argues that the end of the Cold War "should have released Britain to pursue its more usual vocation as an island nation with interests in every continent."

But, it says, our top brass is gearing up for the last war whereas, "the truth is that, as our horizons widen, the Royal Navy should be assuming a pre-eminence it has not enjoyed for 50 years." And, on that basis, it argues that we "should be building more ships than ever, including unmanned vessels."

Well, that is an argument, but not a very good one. The essence of our current misfortunes is that we are currently engaged in counter-insurgency operations, in which the Navy features very little. We are engaged against enemies operating to a wholly different moral code, who are not afraid to die and who are able to exploit our weaknesses. And, currently, if we are not losing, we are certainly not winning. 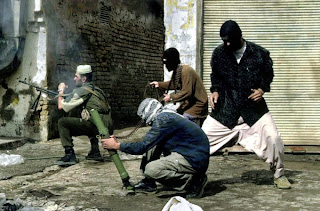 Rather than looking to wider horizons, therefore, it might help if we looked at the wars we are actually fighting – not the last war, not the next war but the wars of the here and now. It is these that we need to win before considering any other adventures.

The trouble is that, from its most recent record, we cannot look to our Armed Forces to come up with the answers. The government is manifestly incapable of producing solutions, the Opposition is a waste of time and space and the media is not even on the same planet.