A different kind of spin 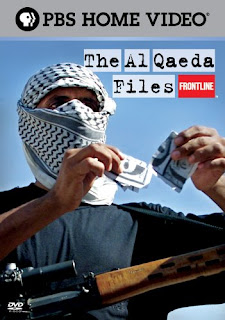 A classic way for a journalist to construct a newspaper report is to write up the basic details, setting the tone of the piece and then to ring up a politician or some such to get an opposing comment. Put the two together and you have your story.

Such was definitely the structure of a story yesterday in the Sunday Times, with journalist David Leppard reporting under the headline: "Blair to launch spin battalion against Al-Qaeda propaganda".

The idea itself, though, actually seems quite good – in principle. We are told that Blair is planning to set up a "joint information unit", to be based in the Cabinet Office or the Home Office, its function to seek to counter disinformation issued by Islamic terrorists.

The unit is to be modelled on the "public information office" set up by the British Army as part of the campaign to defeat the IRA in Northern Ireland. One well-placed insider says the aim of the unit is to coordinate well-argued public "rebuttals" of propaganda messages.

In a war against global terrorism where, as we have remarked, the propaganda war is a potent as the shooting war, this is not only a good idea but absolutely essential. If there is any criticism, it is that the decision to set up the unit has been revealed. Generally speaking, the few people who know about counter-propaganda operations the better.

As to the intention to set up the unit, Mr Leppard seems to have decided it is a Bad Thing. He thus colours his piece by describing it as a "propaganda unit" in Whitehall to help sway Muslim hearts and minds in the battle with Al-Qaeda.

Leppard then tells us that the plan for the new unit was one of the key recommendations contained in a report presented to Blair last month by John Reid, the home secretary. The "Reid Group" report answered a request by Blair for a rethink on Britain's response to the war on terror.

Since other recommendations from the group have been dropped, however, this opens the way for a pointed "drop in" comment from Patrick Mercer, the Tory spokesman on homeland security. Obligingly, he tells Leppard, "Given all the time and effort that went into the Reid Group's rethink on terrorism, it is extraordinary that the only thing to get approval is a propaganda organisation, which is effectively a spin machine."

In goes the comment and the story is now "balanced" – but has Mercer done himself or the Tories a favour, or is he just being used? More to the point, has Leppard really written a balanced story, or is this just his own brand of spin – a different kind of spin?