They really don't get it 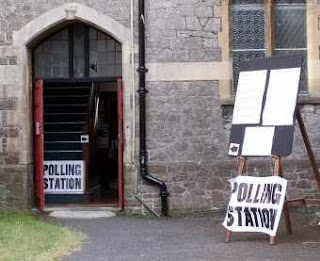 Responding to the decision of one of her members to resign from the Conservative Party and to join UKIP she observes that:

If you believe, as I do, that we live in a country ruled by a government of almost unparalleled incompetence and deceitfulness, you do not join a party the voting for which is likely to result in more of the same. UKIP has every chance of winning the next election – for Labour.

She then goes on to ask:

How would UKIP deal with the current state of our hospitals, the debt crisis and all the other disasters that Labour has created? Or does removal from the EU solve everything?

What she does not seem to realise is that there is a growing body of people who believe that the ability to govern ourselves is very much more important than the other issues which she identifies. And, in that key issue, there is nothing to chose between Labour and the Conservative Party.

In fact, in historical terms, the greatest advances in European political integration have always occurred under a Conservative government – not forgetting the Single European Act under Thatcher's watch.

Can anyone trust the Boy King not to take us in even further and, if one cannot, why should we vote for him and his merry men?

But the nub is, as we have observed before, that fatal arrogance. Carola Godman Law seems to believe that, because we are ruled by a government "of almost unparalleled incompetence and deceitfulness", that means we should vote for her party.