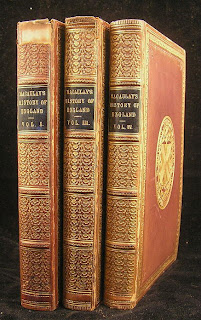 There is nothing terribly wrong with Sir Keith Ajegbo’s review of the teaching of “diversity and citizenship”. It is, presumably, not his fault that the remit was phrased in that unsatisfactory way.

Sir Keith has himself been a teacher and a headmaster in difficult parts of South London and knows that the problem extends a long way beyond disaffected Muslim youngsters. He also, it would seem, understands the phenomenon of Jade Goody and the chavs, who, as we have pointed out on this blog before, are seen as fair game to the great and the good as well as just articulate middle class (unlike pretty, weepy Indian wannabe stars).

In order for young people to explore how we live together in UK today and to debate the values we share, it is important they consider issues that have shaped the development of UK society – and to understand them through the lens of history.

Curiously enough this is a subject some of us discussed yesterday with a remarkable man, Sheikh Musa Admani, the Imam at the London Metropolitan University. Sheikh Admani is concerned with many things that can all be summed up in one important question: how to create a British Muslim identity. These are his words.

There are various problems according to him. One is that the Muslims have not gone through the process of being outside main stream society and becoming part of it in the way Jews and Catholics had to.

Then there is a lack of knowledgeable Islamic teaching in this country, a gap that has been successfully exploited by various well-funded organizations with Wahhabi links. Added to that there is the government’s incomprehensible insistence on talking only to self-styled “community leaders”, which makes it impossible for any Muslim, such as the Sheikh himself, to get through different ideas and different experiences. Most Muslims in this country come from the Indian sub-continent, that is, from a cultural and historical tradition that is very different from the Arab one. Yet an alien, oppressive and anti-Western tradition is being imposed on them through ignorance and reluctance to understand.

Two points in our various discussions remain with me. One is the Sheikh saying that people from the East find the concept of liberalism difficult and that is something they have to deal with. 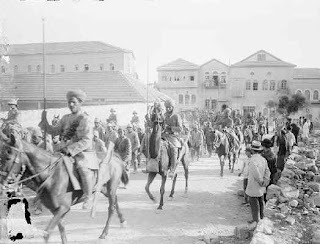 It is, indeed, appalling to think that in two world wars people of all religions volunteered to fight for a country they had never seen but was present to them as an idea. The picture shows Indian lancers in Palestine while their descendants who actually live here, are turning to a completely alien Islamist (I stress that word) tradition because they see nothing for themselves here.

The problem is wider. What do non-Muslim children see for themselves in Britain? And that brings us back to the point Sir Keith has made: it is essential for all our children to learn history, to understand how this country came to be, to grasp the ideas that have shaped and continue to shape its descendants, the Anglospheric countries. (Our newspapers and media could do its bit by trying to understand the United States instead of producing endless ignorant calumny.)

As always, if you pose a question and leave the answer to the government, you end up with a most appalling mess. Ideally, of course, the whole system of education would be taken away from it. As this is unlikely to happen for a little while (until the Conservative Party manages to pull itself out of the morass it is in at the moment), at the very least, there should be some requirement that history be taught in schools beyond the age of 14 and in a recognizably historical fashion. That, of course, is almost impossible to define.

Instead, the government with the approval of Sir Keith Ajegbo, I am sorry to say, is going for yet another version of the discredited “citizenship lessons”. These, if you please, would focus on “core British values”. As nobody knows what those core values are and anyone can pretend what they like on the subject, this is going to be an exercise in futility.

Allow me to reminisce a little about some of my chequered educational career. In the last two years of my schooling all of us, A-level students, had twice weekly compulsory Civics lessons. To this day I am grateful for them. These were most emphatically not citizenship classes or lessons in British values (it did not occur to anyone that we needed them). The lessons were in political structures.

Thanks to the headmistress of my school who took these lessons, we all found out how Parliament works, how the British Constitution works (oh yes, we do have one), how the United States Constitution works, how NATO and the United Nations are structured and so on. Some of it I have forgotten but whatever knowledge of these subjects I possess is rooted in what I was taught by Mrs Alison Munro, now Dame Alison.

On the other hand, the teaching of English in its full and manifold glory (that includes American English, Strang and Indian English among others), the teaching of history together with a serious and truthful course in civics should open many eyes what being British should be about and what it is about these days.

Email ThisBlogThis!Share to TwitterShare to FacebookShare to Pinterest
Labels: education