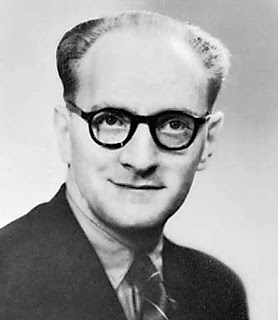 There has been a great deal of what might be called kerfuffle around the formerly secret documents, now unearthed, that show Guy Mollet, then Prime Minister of France, proposed, firstly, a union between France and Britain and, when that was greeted with pursed lips and raised eyebrows, for France to become part of the Commonwealth.

As it happens, Sir Anthony Eden, then Prime Minister of Britain, rejected both suggestions, no doubt with some bemusement. Had he not done so, neither idea could possibly have got through either Westminster or the Assemblée Nationale. So, that’s really that. The story is of consequence only as a possible counterfactual analysis: what if France had become a member of the Commonwealth in 1956?

The only interesting part of this story, in so far there is anything interesting in it, is why did Mollet come up with such a harebrained and rather desperate scheme. After all, nobody had treated Churchill's suggestion of an Anglo-French union in 1940 particularly seriously.

Mollet is generally described as an Anglophile though as someone on the left of French politics his Anglophilia remains somewhat questionable. He does seem to have been impressed and grateful for the help Britain had given the French resistance during World War II.

There is the suggestion that he wanted to use the British card in his negotiations with West Germany over the Common Market. Unfortunately, the British card was no longer in the pack, having dropped out in 1955. 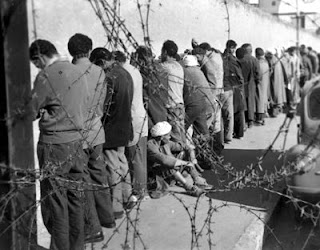 A more serious problem in the autumn of 1956 was France's involvement in North Africa and the Middle East. The Algerian War was beginning to take its toll in political and economic terms and the French suspected rightly that Gamal Nasser, the self-appointed ruler of Egypt was supplying the FLN with arms and ammunition in the name of the anti-colonial struggle.

As a left-winger, Mollet had previously opposed French colonialism in North Africa and welcomed all chances of negotiation with the FLN. As Prime Minister, he announced that the rebels had to be defeated first and negotiated with afterwards. Possibly, as one who had opposed the war previously, he felt anxious to prove his credentials as a strong leader.

France was still a staunch ally of Israel with a left-wing government being particularly strongly supportive. (How times change.)

When Nasser announced the nationalization of the Suez Canal in July, France was considerably more gung-ho than Britain in her desire to punish the upstart leader. It was France that pushed the initially reluctant Israelis towards a military plan.

September 1956 was a time when Britain once again seemed to be dragging her feet. British soldiers had left the Suez zone. Initial support for a military solution to the crisis was waning. Israel was worried that she would find herself in the unwelcome position of the fall guy. And the war in Algeria was going on.

Mollet came up with his rather desperate proposal in the hopes that Britain would be tied more firmly into the French struggle to hang on to Algeria and other parts of North Africa, nipping the growing anti-colonial fight led by Egypt, if not precisely in the bud then not too long after early flowering.

The ideas were rejected and the Suez adventure ended badly, not least because of lack of American support. As it happens, the Israelis were successful beyond their wildest dreams in the Sinai but Nasser and other Arab leaders chose to ignore that, concentrating on the humiliation of the two colonial powers, France and Britain.

It was after the Suez debacle that Konrad Adenauer told Mollet that he should make "Europe" his revenge for Suez and the negotiations proceeded apace. Britain chose to learn another lesson which, given the much closer cultural links with the United States, made perfect sense: a revival and fostering of the "special relationship".

The Algerian War went on to its disastrous ending and Nasser's refusal to accept that Egypt had been militarily defeated in Sinai led almost inexorably to the catastrophe (from the Arab point of view) of the Six-Day War in 1967.

Would any of it have been different if Mollet’s proposals had been taken seriously?