Genocide one or genocide two? 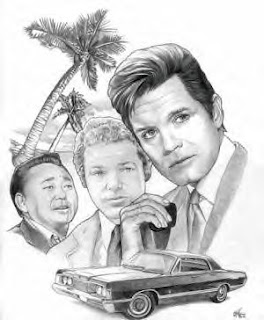 Those of us who grew up on the TV crime series Hawaii Five-O will fondly remember the last line of almost every episode with Jack Lord as Detective Steve McGarrett turning to James McArthur as Danny Williams to say: "Book 'im Danno. Murder one."

It took me a little while to work out that "murder one" is premeditated homicide while "murder two" is unintended homicide, such as accident as a result of an attack or self-defence or, even, the result of a sudden uproar.

It seems that we are to have similar distinctions in genocide. Genocide one would be that carried out with racist or xenophobic motives. Any other, common or garden genocide, such as the wholesale murder of the peasantry in Russia, Ukraine, Kazakhstan or various parts of China (to name but a few) will count as genocide two and will, therefore carry a less serious sentence.

By sentence, I do not mean a genuine legal entity, since none of the people responsible for genocide two (except for Saddam Hussein) have been charged, let alone tried or punished. But there is a sentence of world opprobrium and, clearly, genocide carried out for political reasons does not seem to be all that important. 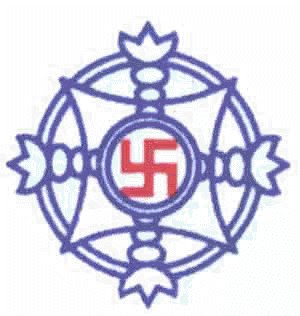 Well, to start with, Germany, El Presidente of the European Union, has dropped plans to outlaw the swastika throughout the European Union because of various representations by Hindu groups. Of course, the Hindu sv'astika is different from the Nazi swastika, as Christopher Booker pointed out in response to the waffle presented by that all-purpose expert, Timothy Garton Ash, but, I imagine, the Hindu groups foresaw all kinds of complications and decided to nip this one in the bud.

Incidentally, the Hindu symbol adorns many a gravestone in British war cemeteries all over the world. Would they have had to be taken down?

As for the outlawing of Holocaust denying, Germany is pushing ahead with it, hoping that all EU members come to an agreement on that at the Luxembourg meeting on April 19 – 20.

"Public incitement of violence and hatred or the denial or trivialization of genocide with racist or xenophobic motives" should be criminalized EU-wide, German officials said in Brussels on Monday. "But the plan does not include a ban on certain symbols such as swastikas."

There are times when I read pronouncements by officials and politicians and nearly give up the will to live. What kind of an idiot thinks that public incitement or violence and hatred (something that is covered by the criminal law of all member states) is the same as the denial or trivialization of any historical event, however ghastly?

First of all, define trivialization. How does this solemn prig feel about Jewish jokes throughout the ages, whose aim was to trivialize the various problems the Jews faced. There are jokes about the Nazi system, about Jews in Germany under the Nazis and even about the death camps.

One of the most moving films about the Holocaust, though it dealt with the Italian side of it, was "La Vita e Bella", in which the main character hides his little son when the other children are gassed and pretends to him that they are at a holiday camp, playing a long and elaborate game. Trivialization? Well, I barely managed to contain my tears.

What of the whole genre of labour camp jokes that grew up in the Soviet Union? Oh sorry, those camps, even when they were part of attempted genocide, were not put up with "racist and xenophobic motives" or not overtly so. They can be trivialized and even denied. 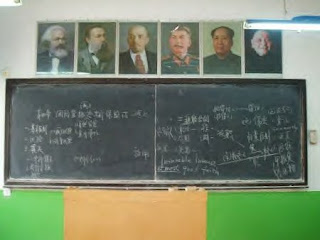 As it happens a good deal of Stalin's ferocity was directed against specific national groups and all religions were at risk. What of the Chechens, Ingushi and Tatars who were deported wholesale at the end of World War Two? What of the second big purge just before his death that was seriously anti-Semitic? Of course, he was trying to exterminate or, at least, deport wholesale, Jews because they were "rootless cosmopolitans" not because they were Jews. That, presumably, makes it genocide two rather than genocide one.

This blog fully intends to campaign for the upgrading of genocide two. The denial or trivialization of the holocaust of the Ukrainian, Russian and Kazakh peasantry must be made illegal. I am looking forward to the first trial of famine-deniers. Perhaps, it could be that of Professor Eric Hobsbawm CH.