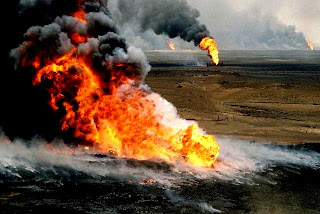 National Review has the full low-down but I prefer this version, carefully crafted to have Chrysler veteran chief economist Van Jolissaint "appearing" to attack "quasi-hysterical Europeans" for overexaggerating the risks of global warming.

But DaimlerChrysler shifted into damage-control gear after Jolissaint had been quoted by the BBC as saying that, since he started spending more time at the company's headquarters in Stuttgart, he had been shocked by European attitudes towards global warming. He described environmentalists as having "Chicken Little" attitudes. Jolissaint was also said to have described the Stern Review as based on "dubious economics".

Thank goodness National Review has cleared it up. Jolissant didn't say those dreadful things – honest guv! His reference to "quasi-hysterical Europeans" was simply an example of a view that "some people might have". He specifically said, "not me, of course".

Jolissaint's non-statement, however, represents a profound truth. While the Americans are engaged in a number of real wars, their commitment to the global warming hysteria is in inverse proportion to their commitment to fighting terrorism. The Europeans, on the other hand, are obsessed with their pretend war against climate change. Fighting global terrorism comes way down their list.

Perhaps, if they focused a little more on reality, they would have a little less time to worry about the sky falling in. Could we convince them that terrorists (terror-warmers?) are the real cause of global warming... like in Kuwait? And wasn't the world going to end then?