The wreck of the party 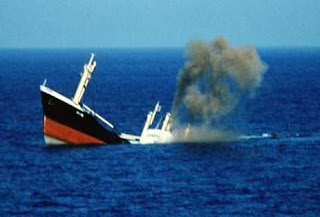 There are only so many times you can write about a subject before you stand at risk not only of boring your own readers to death, but yourself as well.

Such a subject is the wreck of the Conservative Party where, even a few days ago, we said as much as we could then say on the issue.

But now the issue is back again with a vengeance. All we have to do is sit back and watch the Party self-destruct as the "professionals" struggle to catch up with the things we were writing about months ago.

Thus does Anthony King note, in respect of the current You Gov poll that, although confidence in Blair is at an all-time low, the Tories are not benefiting. He writes:

Asked, in addition, whether Britain is likely to be governed better under Mr Brown than it has been under Tony Blair, most voters give the impression of tossing a mental coin. As the figures in the chart show, roughly the same small proportions are sanguine and dubious about him, with a clear majority reckoning his eventual ascent to power "will not make much difference". Of course, the problem for the Tories at the moment is that a large majority of voters clearly think the same about them.

And now that the Boy has sided with the government against the Catholic Church on adoption, more and more party members are throwing their hands up in horror at the realisation that David Cameron is not and never was a Conservative.

We initially took against the Boy for his stance on the European Union but such is his amazing ability to sour virtually every constituency that might have supported the conservatives at the next general election that we can be confident that his views, as prime minister, will never see the light of day.

Like virtually every Tory MP in parliament outside the narrow, closed circle of the Cameron groupies, we have absolutely no doubt that the Conservatives will fail to win the next election. The only other certainty is that, when the news of their fourth failure in a row comes in, the Tories once again will blame the electorate for not voting for them.

Only one they realise that we, the voters, do not owe them a living, will the Tory party begin to make progress – and that is not going to happen for some time yet.