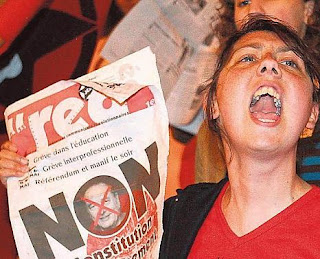 The Finnish daily Helsingin Sanomat is telling us in a leader that Germany is facing the same problem in reviving the European Union constitution as a magpie stuck on a tarred roof: when the beak is pulled out, the tail gets stuck.

Finland having just escaped from the maw of the EU presidency, that is an especially poignant comment and the paper's leader-writer is by no means the only one noting that Germany seems to have adopted an extremely difficult task. One wonders why Merkel, with so many other things to entertain and detain her, is so keen to make a rod for her own back.

One also wonders why the "colleagues" are bothering at all for, in the aftermath of the French and Dutch rejection of the constitution, it became very clear that they were pushing on without it and, in many respects, the lack of the document seemed hardly to make any difference to the pace of integration.

With nearly two years elapsed, however, we have actually seen the process of integration stall, with the commission failing to offer any major new initiatives, or "big ideas" in the Delorsian mold.

Furthermore, as a player on the international scene, the EU had been almost totally ineffective. From the slow response to east Asia Tsunami, the failed attempts to constrain Iran's nuclear ambitions and the inability to restrain the genocide in Darfur, the project's famous "soft power" has proved as effective as stale marshmallow.

Then many of the projects which offered the EU a great leap forward seem to have slithered to a halt or are failing to make significant progress. For instance, the European Defence Agency – which was intended to be the proto-European defence ministry – has been forced to operate on a minuscule annual budget, and seem to be going nowhere.

Eurocorps, the wannabe European Army is confined to marginal operations of little political significance that no-one can recall, while the timetable for the European Rapid Reaction Force is slipping, as the campaigns in Iraq and Afghanistan dominate the headlines – which do not include the EU.

Prestige projects like the Airbus A-380 are going down the pan – possibly followed by the A-400M, about which we reported yesterday. And that includes the EU's Galileo satellite navigation system, as more troubles pile up. 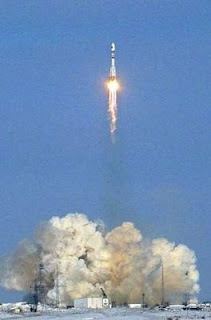 According to About Electronics, delays in commissioning the system are being blamed for delaying the integration of satellite navigation into mobile telephone handsets in Europe, as operators and manufacturers remain uncertain over the deployment schedule for Galileo and the likely quality of its signal.

Then GPS World tells us that the Russian may well be redesigning the electronic architecture of its GLONASS, to permit interoperability with the US Navstar system, allowing the development of cheap handsets utilising both signals – and thereby reducing the utility of Galileo.

And just to rub salt in the wounds, as ballooning costs, bickering over the command centre, doubts even among backers on how it will earn its keep, and problems with the second test satellite weren't enough, Galileo now faces a continued challenge to call itself by its own name.

This is something we reported on way back in January 2005, but now legal proceedings have begun at a district court in Munich, Germany. UK-based Galileo International Technology LLC has filed a lawsuit against the German company Galileo Industries GmbH, headquartered in Ottobrunn.

The district court has already ruled in favour of the British company in a similar dispute and seven other courts are currently involved in settling legal disputes centring on the name Galileo, which appears as part of several other company names. A lawsuit filed against the EU commission (EC) is also ongoing.

Uncertainty over the identity of the name may contribute to the lack of a name for what has been called the Galileo Operating Consortium, or Company, composed of eight European aerospace and defense companies, communications device makers, and satellite manufacturing companies. Formed in 2005 and based in Toulouse, France, it has yet to formally name itself or nominate a chief executive officer. A 20-year funding contract with the European Space Agency and the EU remains in limbo.

From a situation where the constitution didn't actually seem to matter, the European Union as it stands today – at once battered and becalmed – seems to be going nowhere. And, when lost for ideas, the "colleagues" clutch at the nearest passing treaty with the same degree of determination that a heroine addict reaches for the needle.

Thus, despite the difficulties – and the enormous risk of reopening old wounds, with the concomitant risk of rejection – it seems the "colleagues" have little choice but to go for broke - a reflection of weakness rather than strength. With no more guarantee of success than the original attempt, however, this may be the project's last hurrah.