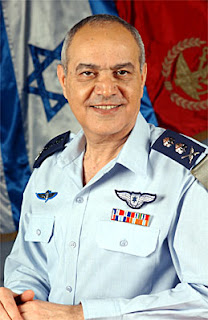 The chief of Israel's armed forces, Lt. Gen. Dan Halutz, has resigned over the criticisms of the military's conduct of operations in last summer's war in Lebanon. His departure follows the completion of dozens of military inquiries into the largest Israeli action since 1982.

Although none of the inquiries concluded he should quit or be dismissed, he has still decided to fall on his sword, writing in his resignation letter to Defence Minister Amir Peretz, "For me, the word 'responsibility' is very significant … My concept of responsibility is what led me to remain in my position until this point, and to place this letter on your desk today."

Good bad, or indifferent as a general – and there are many different views – one cannot fault his style or his sense of honour. Not a few British politicians might take note.

Email ThisBlogThis!Share to TwitterShare to FacebookShare to Pinterest
Labels: Israel