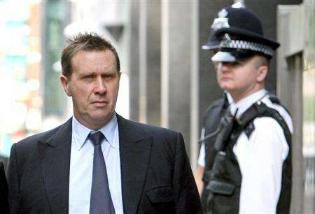 Although this is not explicitly stated, you can divine a sense of shock amongst the media fraternity – if you can call it that – over the news that Clive Goodman, News of the World royal editor, has been jailed after pleading guilty to intercepting phone messages.

However, his co-conspirator, "security consultant" Glenn Mulcaire, who actually got the information that enabled Goodman to hack into the phones - which included those of the royal household – was handed down six months.

The judge, Mr Justice Gross, described Goodman and Mulcaire's behaviour as "low conduct, reprehensible in the extreme", adding that Goodman had been motivated by "career advancement and protection". The nub, though, was that, "Neither journalist nor private security consultants are above the law."

What are dismaying here though are two things. Firstly, a senior journalist was not brought down through him following up any great story but from the pursuit of relatively low-grade tittle-tattle. Secondly, the News of the World paid Mulcaire over £100,000 a year to assist Goodman in obtaining the information, in addition to which Goodman paid Mulcaire £12,300 in cash for his services, between 9 November 2005 and 7 August 2006.

We are talking here, of course, of the News of the World, a newspaper in name only, which specialises in "tarts 'n' vicars" exposés, which have become its hallmark. But it says a great deal that it is prepared to pay so much for poor-grade material, as long as it is about celebrities or royalty. 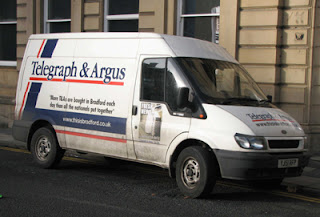 By coincidence this week, I shared a fish 'n' chip dinner (that means lunchtime oop north) with a journalist on the local rag – a man who has been with the paper over 30 years and wants nothing more out of life than to write. But he says, with the advent of new-technology also came savage cut-backs in the number of reporters. Says our man, in the old days, you could take three days or more to research and write a story. Now you are lucky to get three hours. We feel we are now just processors of information, he adds.

Regular readers of this blog may have detected a slight antipathy towards the journalistic fraternity, but we have some (little) sympathy for this predicament. And when newspapers are prepared to spend ridiculous amounts of money on tittle-tattle, and even more on celebrity columnists, you cannot help but think they have their priorities wrong.

In the final analysis, newspapers are about news (and informed comment). If editors and proprietors lose sight of that, then they, ultimately, will be the losers. There are plenty of others out there who are prepared to take over from them.