Commitment to the battle 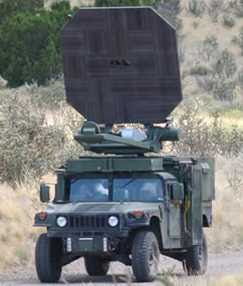 Brought to us by the BBC television news last night, courtesy of Matt Frei, was a sneering review of the latest piece of technology to be brought out by the Americans in their continuing attempt to develop non-lethal weapons.

Officially, this is the "Active Denial System", a £30 million programme to produce a Humvee-mounted weapon which projects a high-intensity microwave beam, with a range in excess of 500 yards, causing burning sensations in the target humans. So uncomfortable is the sensation that the recipient is forced to move from the area, when immediate relief is afforded.

It has been tested on more than 10,000 people over twelve years and, in the last five years of advanced development, no one has required medical attention (which suggests that some might have needed it in the early days). Crucially, it is equally safe at its minimum range of 50ft as it is at its maximum. 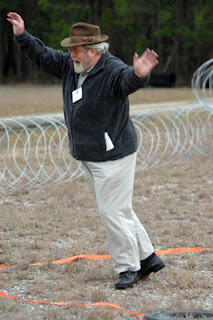 Hilariously, at the first public demonstration of the equipment at Moody Air Force base in Georgia, journalists – including Elliot Minor, of the Associated Press (pictured) - were targeted by the enthusiastic crew. We are told that this was voluntary but, nevertheless, they must have enjoyed even this fleeting revenge.

However, apart from the commendable use on the fourth estate, this is a tangible fruit of the US recognition that, in asymmetric wars – where the battle is as much for hearts and minds as it is territory – collateral damage has to be avoided, as accidental deaths can be exploited by the enemy to very great effect.

But, if this technology is sufficiently novel to attract media attention, it is still experimental and at least three years away from field use. But also demonstrated at Moody Air force Bases, but ignored by all and sundry, was another development which will allow soldiers in the field identify enemy the locations of enemy gunmen, by tracking where shots are coming from. 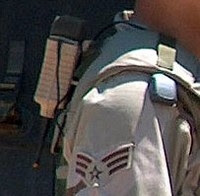 This is achieved by using a lightweight, man-portable version of an acoustic sensor system called the ShotSpotter (pictured) which can pick up immediately the report of a shot (or multiple shots) fired, calculate the location and pass on the details to friendly forces.

But the true genius of the system is that is has been linked to Scan Eagle, a small tactical UAV with a 10ft wingspan and 4ft length. 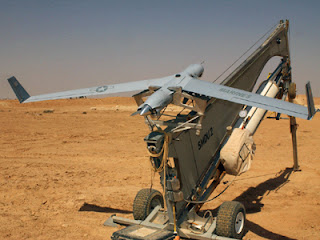 The UAV is launched by a catapult and has an endurance of about 20 hours. On receipt of location details from a ShotSpotter system, it can home in on the shooter and send real-time video pictures to ground forces (or airborne assets), facilitating a precision response.

Under the generic name of "Ground Situational Awareness Toolkit" this reduces the need for troops to lay down high volumes of covering fire when targeted by hidden gunman, again reducing the danger of collateral damage.

Interestingly, neither Scan Eagle nor ShotSpotter are new to the military. Scan Eagle has logged more than 20,000 hours, supporting Navy and Marine missions in Iraq, and ShotSpotter is used by both law enforcement and military agencies. But the combination of the two technologies makes a formidable addition to the counter-insurgency armoury and a good demonstration of the commitment of the US to the battle.