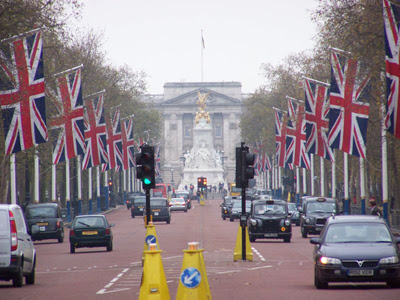 Today's the day, three hundred years ago, that the Scottish parliament ratified an Act of Union which led, on 1 May 1707, to the formal establishment of the United Kingdom of Great Britain.

It was actually no big deal as the two countries of England and Scotland had shared a king ever since 1603 when, with the death of Queen Elizabeth I, James VI, King of Scots, became King of England. Some will say that we have been subject to Scottish misrule, on and off, ever since and are about to undergo another period.

Nevertheless, the Great Britain established as a legal entity in 1707 actually ceased to be in 1801 when it was superseded by the United Kingdom of Great Britain and Ireland, brought about by the Act of Union of 1800 which had been enacted after the suppression of the Irish Rebellion in 1798.

That then changed again in 1922 with the grant of independence for the Republic of Ireland, after the partition of six of the nine counties of Ulster. These remained in the UK, formalised by the Anglo-Irish Treaty of 6 December 1921, although the current title of the UK – the United Kingdom of Great Britain and Northern Ireland – was not officially adopted until 1927.

But, if the 1707 Act of Union is now being celebrated so loudly by the chattering classes, it is perhaps only because – after 300 years – the Union itself is supposedly under threat, as politicians north of the border seek a return of an "independence" that had not actually existed for a hundred years before that.

The mutterings across the border – and the limited devolution settlement introduced by the Scotland Act of 1998, which reintroduced a separate Scottish parliament and which have created no end of inconsistencies in England, not least the so-called "Lothian Question" - have led to calls for a similar parliament in England. And so, the chattering classes launch into yet another debate, with the great sheeple following.

What, of course no one mentions is that other great act of union which, coincidentally, has its fiftieth anniversary this year. That was the Treaty of Rome, creating a European Economic Community, a proto-European state. This we joined in 1973, with our own act of union, the European Communities Act 1972, which effectively signed away our independence.

That, in the view of many, including this blog, renders nugatory any discussion about devolution and separate parliaments in England, Wales and Scotland – and Northern Ireland when and if they can get their act together. As long as the bulk of our law is made in Brussels (and Strasbourg) it matters little whether we have additional talking shops in the provinces of a greater European Union.

And, if one is genuinely interested in devolution, then the power needs not to be devolved to Edinburgh, Cardiff and an English parliament, presumably in London. From here, 200 miles from the capital, we have no more love for London on some issues than we do Brussels. Genuine devolution would be the return of powers to local authorities, the central government acting more properly as a supervisor and guarantor of fair play than as ruler and administrator.

But, as long as we suffer the long shadow of Brussels, this all remains idle talk. What is so remarkable though is the willingness, apparently, of some Scots nats, to accept the yoke of Brussels while rejecting the rule of London. That is not so much idle, as mad.