Leaving it to the amateurs 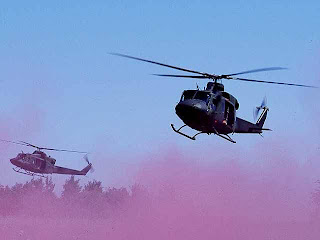 As a phenomenon, it should not go unremarked. While the majority of "professional" print journalists have been wetting their knickers over the "derring do" of the Apache drivers and their strapped-on riders, the more measured and analytical commentary has come from elsewhere.

The latest offering is from another "amateur", Jon Selous of Horsham, W Sussex, who has a letter in today's Daily Telegraph under the heading, "Wrong helicopters". He writes:

Sir – I have the utmost admiration for the initiative, aggression and bravery of the air crews and Marines who extracted the body of their fallen comrade in Afghanistan (News, January 17).

However, would Adam Ingram, the defence minister, now reconsider his statement that "our Afghanistan helicopter fleet and crews are meeting current demand through careful management"? Being forced to commit two specialist machines costing upwards of £30 million and representing two-thirds of the firepower available to the tactical commander is not an example of good management of assets – rather one of brave decision-making in extremis.

Had we lost a machine and taken more casualties as a result of this extraction, there would have been an outcry over the commander's decision. He should have had available to him a dedicated "casevac" (casualty evacuation) medium-lift helicopter covered by the firepower of all three gunships.

Among the few advantages our forces should have in Afghanistan are air mobility and rapid air casevac and extraction. Senior commanders must insist that the Government provides a better level of support and stop dissembling that they have sufficient resources.

One suspects, though, that Mr Selous has in mind the stirring scenes of casevac Hueys of VietNam fame, darting in to pluck casualties from under the noses of the NVA. But, of course, that is now history… or is it? 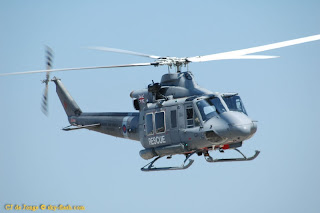 It just so happens that, permanently stationed on the island of Cyprus, there are four Bell Griffin HAR2s (Hueys by any other name) operated by 84 RAF Squadron, used primarily for search and rescue. They would be ideal for operations in Afghanistan and would, at a stroke, double the number of tactical helicopters we have in theatre.

One wonders, therefore, why they are still in Cyprus and who is paying for a service which seems primarily for the benefit of the citizens of the island of Cyprus.

Oh! And by the way, the helicopters pictured at the top of this piece are not VietNam era Hueys. They are modern CH-146 Griffons, currently in service with the Canadian Armed Forces - some of which are now in Afghanistan.

Photo of the RAF Bell 412 from sky-flash.com