Well, of course, it is all, but all, Israel's fault. Or Bush's. It has to be. Stands to reason.

The situation in Beirut is getting ever more tense. According to this report, the general strike ended with three dead and 176 injured. Those appear to be the accepted figures for the time being.

Four more people were killed in sectarian clashes the day after the strike and around 200 injured during fights between Shias and Sunnis or, if you prefer, Hezbollah and government supporters at Beirut university. Those are the official figures but it seems that people in the street have been attacked and beaten up on the basis of their religious affiliation.

Last night was the first time a curfew was imposed on Beirut since the civil war of the seventies but it was lifted this morning and there is general weeping and wailing. AllahPundit has an interesting tape from MEMRI with Lebanese women (and one man) cursing Nasrallah. One lady expresses the widely applauded opinion that Olmert is more honourable than the Hezbollah leader. She also mentions that this is yet another holy month in Islam and, thus, the fighting is doubly wrong.

Nasrallah has called his people off the streets. We shall see whether they will go on obeying him when he pulls them back. 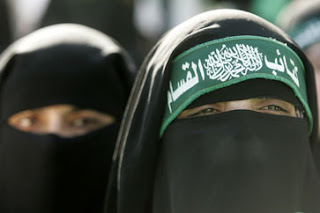 As Bloomberg points out, the rioting broke out just hours after the donors in Paris had pledged "$7.6 billion in new funds to help rebuild Lebanon and lend support to Prime Minister Fouad Siniora's government".

Meanwhile, Al-Jazeera reports that the celebration of the first anniversary of Hamas’s election has been "marred" by factional fighting that resulted in five dead and 11 abducted. Fatah has again called off talks about a unity government.

It just has to be Bush's fault.