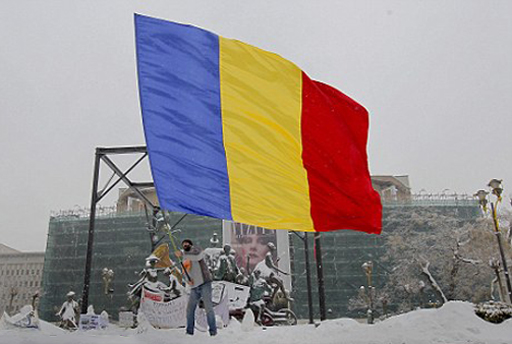 I can't see many tears being shed over this, nor anything in it to keep the (low energy) lights burning in Whitehall. But we should nevertheless record the collapse of Romania's government, "the latest debt-stricken government in Europe to fall in the face of raising public anger over biting cuts".

Actually, it is a lot more complicated than that, but there are few people outside Romania who know enough – or even care enough – to offer a sensible analysis in the British MSM. However, the news of yet another downfall is covered in the likes of Daily Mail and The Guardian, so the event is not being ignored.

Meanwhile, as the situation develops there, not a million miles away there are no developments – when there should be. We write, of course, of Greece where political leaders have again delayed a decision on a new bailout package. Closer and closer thus comes the prospect of a disorderly default, with the contagion spreading to some or all of the other PIIGS.

An EU commission spokesman diplomatically says that Greece is already past the deadline for finalising talks on a second financing package and "needs to move urgently". Merkel, on the other hand, seems to have lost patience, but is saying the same thing, that Greece must "make up its mind quickly" on accepting the painful terms for a new EU/IMF bailout.

The Financial Times, however, has a report of another messy stitch-up compromise, described as "a way of removing the Damocles sword of default while keeping pressure on Athens to reform". But, as the eyes glaze over at the verbiage, thoughts return to Romania with the question of how many more governments are going to collapse before this is all over.