The wind is sown 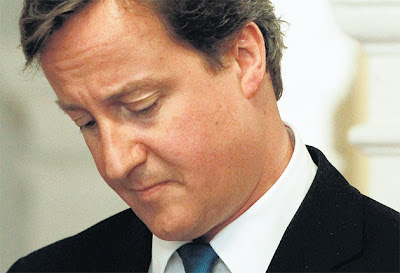 If I remember rightly, parliament was not recalled during the banking crisis, and was never actually to debate the events or issues arising. Yet, on this issue we have our pretend prime minister flying in early from a foreign visit, and the parliamentary session extended, so that the ghastly crew of MPs can obsess in public.

We are told, though, that the tawdry Cameron will be forced "to explain damaging new revelations today that have dragged him deeper into the phone-hacking scandal".

The essence of this is that Neil Wallis, the former NOTW deputy editor worked for the Conservative Party before the general and gave "informal" advice to Andy Coulson. Also, we learn that his chief of staff, Ed Llewellyn, had appealed to Scotland Yard not to mention hacking during a Downing Street briefing last September, four months before Mr Coulson his government post.

Stirring the pit to see what floats to the surface is never a particularly pleasant occupation, but all it really does is confirm the general observation about Cameron and his chums. The Conservative Party and the apparatus of government have been taken over by a low-life claque, in and amongst a corrupt, decadent establishment.

It is this low-life scum, however, that is soon going to be pitched into a battle to save our economy, and even our way of life. They are ill-prepared to do so, not only because largely they are incompetent but also because they have spent most of their lives mired in their own ordure and have lost any capacity for mature judgement - if they ever had it.

Under pressure, these men (and women) – attuned only to palace politics and court gossip - will do the wrong things, mostly for the wrong reasons, misunderstanding the signals and displaying their ignorance and incompetence at every turn. And from within, the media claque and the bubble-worshippers will snarl and spit as their tiny world collapses around them.

Sadly though, we the people, will pay the price. These gilded buffoons, in their armoured limousines, skulking behind their concrete barricades and machine-gun toting thugs in blue, will cream off the last dregs of exhausted Treasury funds to line their own pockets, before the entire edifice falls apart.

All that will then stand between them and the mob, as we saw in Greece, will be lines of riot police and industrial quantities of tear gas. That is what awaits them, and this is what awaits us - until we do rise up and slaughter them. Not one of these vain, prancing fools in their foetid bubble should be sleeping soundly. The wind has been sown ... the whirlwind awaits. The fine-suited scum (pictured) have brought it on themselves.