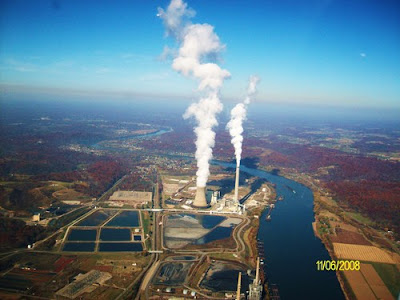 There is some seriously good writing on the blogosphere at the moment, not least from the consistent Autonomous Mind and Wittering for Witney.

Both, in their own ways address the Murdoch imbroglio, AM dealing with the hypocrisy of The Guardian, while WfW tilts at Douglas Carswell for suggesting that the response to the affair demonstrates that we still have a sovereign legislature. Our "rotten legislature" is getting off its knees, says Carswell, and: "Parliament is recovering its purpose".

This, of course, is pure bubble speak. But then, even intelligent men have difficulty seeing things straight when they are trapped in the bubble – so you can quite see why Carswell should have a problem. WfW puts him right on a number of issues, leaving us in no doubt as to how far from reality this man has strayed.

What is more difficult to do, however, is point to all those issues which should have been dealt with in much greater depth, and which have been swept aside by the torrent of self-indulgent media coverage about Murdoch and related issues. There is nothing in this world, now or previously, that is so important as to have warranted this amount of media attention.

Tying this in with Carswell's idiot suggestion that "Parliament is recovering its purpose", we have a powerful illustration of exactly the opposite, occasioned by an article published on Watts up with that, on carbon capture.

Thus recounts how American Electric Power has scuttled its pilot project to bury CO2 from its Mountaineer coal-burning plant in Red Haven WVa (pictured). The original projected cost, before unanticipated overruns, was $668 million. About a third of the gross output from a plant would be required to capture, compress and inject the CO2 into the ground, generating an automatic 50 percent increase in the cost of net output, before conversion costs.

"The AEP plan, announced with much fanfare in 2009, marked the first time that carbon dioxide was to be captured and buried at a US power plant", we are told. The pilot system would only have captured 110,000 tons of CO2 per year, out of a total of 7.9 to 9.8 million tons per year from the plant. The company, headquartered in Columbus, "cited difficulties in getting state regulators to approve charging customers for the costs of carbon capture".

What this does, therefore, is confirm my own argument that the imposition of carbon capture on new coal-fired generation capacity is so expensive that it amounts to a de facto ban on the use of coal for electricity generation. Thus, when we go back to earlier this week and the Huhne energy policy, what we actually see being slipped past Parliament, with neither debate nor recognition, is precisely a ban on the use of coal for our future electricity needs.

Such a momentous and expensive change doubtless should have been challenged by an alert and "sovereign" legislature, and rejected by any such institution which was acting in the interests of its electors. But rather than Parliament "recovering its purpose", it has allowed this absurd and ruinously expensive policy through on the nod.

That Parliament has so lost the plot that it has allowed this to happen is worrying enough. But when, regardless of this – and many other derelictions – we have an MP who thinks that the grossly excessive attention to the current hystérie is an indicator of a return to health, it really is time to worry.

All the signs are that the institution has sailed past the point of no return. There is simply no way back.