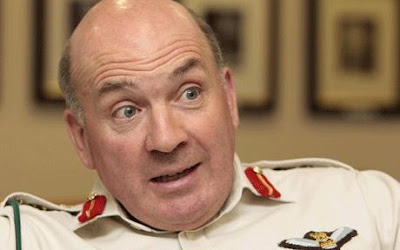 "Richard North, the author of Ministry of Defeat and independent blogger, has passionately written that the Committee report, more than the hacking scandal, has highlighted the flaws of both Parliament and the media.

James Arbuthnot and the members of the Defence Committee should have been aware of these issues long ago but they repeatedly failed to address them until now. North has also accused Arbuthnot of maintaining the myth of 'ministerial responsibility', the equivalent of Robinson's modern day 'stab-in-the-back'.

The media for all its interest in Afghanistan also failed to understand what was happening especially in terms of strategic questions and civil-military relations. Newspapers like the Sun and the Daily Mail chose to vilify Gordon Brown while making Generals like Sir Richard Dannatt the honourable soldier.

The Sun as well as the Mail have both been oddly quiet on reporting the Committee's findings, no surprise. The Sun's sister paper The Times, to its credit, did publish this article last year which mirrored this week's committee findings".