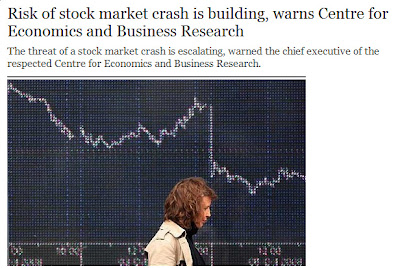 Veteran forecaster Douglas McWilliams said: "The signals seem to be building up for some kind of market crash – shares and many bonds are already down significantly from their recent peaks. At the beginning of this year we gave one-in-five odds on a UK double-dip. The chances now are about one-in-three."

And will they recall parliament? Will there be a debate? Would there even be a point in having MPs talk about it? In fact, what is the point of MPs?