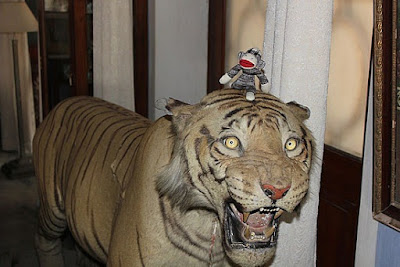 In the style of Dean Swift, Ambrose is offering a "modest proposal for eurozone break-up". He suggests that, if a euro break-up was properly planned and handled, with all back-stop measures in place, it might prove less traumatic than assumed. As Czech premier Vaclav Klaus once said, it is surprisingly easy to end a currency union: the Czechs and Slovaks did it calmly in a morning.

Thus, does Ambrose declare: "There is no necessary reason why the EU could not weather such a crisis, continuing such useful functions as competition enforcement and global trade talks. A more modern EU shorn of its great power pretentions and 20th Century imperial nostalgia would be a healthier organization".

He then asks whether any EU leader will grasp the nettle, concluding that most of Europe's governing elite is ideologically compromised by the Project and will attempt to defend an unreformed EMU with scorched earth policies. We can only hope, he says, that the less compromised judges of Germany's Verfassungsgericht bring matters to a swift head in September.

But there he has hit the nail on the head. The euro is a political project, where economic rules have been suspended by the "colleagues". They are, in any event, relying on the "beneficial crisis" doctrine, anticipating that it will take an existential crisis to enable them to install economic governance amongst the eurozone members.

And here lies hubris, in industrial quantities. Even at this late hour – contradicting all evidence – the "colleagues" believe that they can pull it off. In the style of V I Lenin, the worse it gets the better it gets, as long as they can keep riding the tiger.

Lenin, however, survived his own folly. The young lady of Riga didn't survive hers. And hers looks closer to the model the "colleagues" have chosen.