The system doesn't work any more 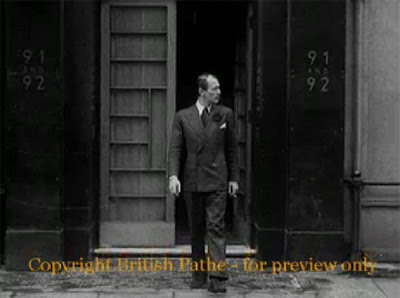 Headed: "A stupid business" the editorial for the Sunday Express is a corker. The only thing is, it is from 10 November 1940. Bear with me, though, as this has important lessons for today. But first the editorial, which concerns Frederick George Leighton-Morris (pictured above), who is going to jail for three months. Asks the paper, rhetorically, "What's George been up to?" And therein lies the story, as retailed by the paper:


He was told by the police that a delayed action bomb had fallen into the house next door. So he clambered out of his bed and got through the hole which the bomb had made in his neighbour's roof. He found the bomb standing up like a beer bottle on a bed among the debris. The bomb weighed a hundredweight.

George picked it up and staggered downstairs with it (dropping it once on the way). He got it out in the street and began to walk towards St James's Park with it, meaning to dump it in some safe place where it could hurt nobody when it exploded.

However, the unfortunate George then came to the attention of the Police, who promptly arrested him. They told him he had no business entering the neighbouring flat and took him before the Magistrates. The justice, confronted with this obvious criminal, fined him £100 (over six month's wages for a workman) or the alternative of three months in jail for his "bad deed".

Said the magistrate, a Mr Fry: "It is intolerable that any private individual should be allowed to meddle with a bomb in this way ... No person other than those in authority can be allowed to decide in what part of London a delayed-action bomb should go off".

He gave Leighton-Morris 28 days to pay, posting £100 bail. Mr. Leighton-Morris' defiant comment was: "Even if I had a hundred thousand in the bank, I'd rather do three months than pay the fine".

There are some other important details in the story. The "house" was a block of flats in Jermyn Street, and Mr Leighton-Morris, 30, had health problems that gave him four years to live. He had been rejected for police and fire service because of "groggy heart and wanky lungs" (that's what the Time report says) and was not afraid to give his life to save others.

The Express having paraded him on the front page of its Saturday copy (below left), saw the point – hence the editorial (reproduced, right: click to expand to readable size). And what followed was a classic example of how the system used to work. Other papers picked up the story, followed by Pathe News, and it became something of a cause célèbre.

Questions were then asked in the House – with an outraged MP directly addressing Winston Churchill on the matter. The prime minister noted that the episode had "certainly attracted as much attention in Government circles as out of doors" and, without making any announcement on the subject, he said, "it is probable that some statement will be made at an early stage".

And announcement there was. There were no weasel words about not intervening in the judgement of the courts. By the 18th November, the Home Secretary had intervened and reduced the fine to £5. Meanwhile, the neighbours had had a whip-round and collected the £100 to pay the fine, presenting Mr Leighton-Morris with a cheque, which he decided to keep as a memorial.

His friends and neighbours then held a grand party in his honour, having put two fingers up to the authorities, whence the final part of the story emerged. 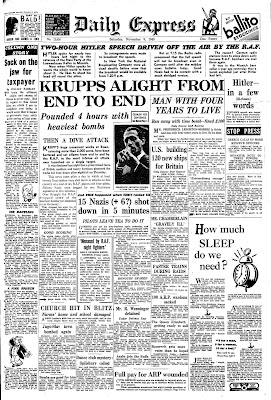 A friend had been with Leighton-Morris as he removed the bomb, lighting his way down the stairs, and had gone to fetch taxi when he had been arrested. He had said to his friend, "Where shall we take it?", and his friend had said jokingly, "Let's take it to the Corner House and give it breakfast".

And the point of the story? Well, that is how the system used to work – in my recent memory – up until about the mid-nineties. Officials would do something stupid or insensitive, and the courts (as they so often did) would back "their" officials. The media would then intervene, there would be a right, royal rumpus, there would be "questions in the House", people would rally round, Ministers would act, and the issue would get sorted.

But nowadays, unless it is a sleb, the media is most often uninterested. Then, on the few occasions that journos do run a story, the officials do not care. They either ignore it or bluff it out. Then, rarely do MPs take a personal interest and, when they do, ministers most often dead-bat it and refuse to take action. The spiritual heirs of Mr Leighton-Morris go to jail.

Booker and I noticed the change in about the mid-nineties – in the dying days of the Major administration. When previously we had run stories, things used to happen. That got less common, and the situation got far worse in the Blair and then Brown administrations. It has not improved with The Boy.

Generally, some officials will always act like morons and courts will back them up. They did then, and do now. So there has to be a long-stop - a safety valve - a quick and effective means of cutting through the "red tape" and sorting out obviously stupid or unjust acts. We do not seem to have this now.

That is why society now is more brutal and unfair, and that is why Booker's stolen children campaign goes begging. The system doesn't work any more - and we all know what happens when the safety valve doesn't work.