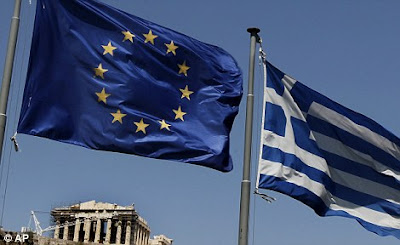 Booker has a good piece, telling us how the "zero" – as some call it – is going to cause a global meltdown. And, at last, the Scumset are rushing around playing catch-up.

The thing to bear in mind about these "summits", however, is that the communiqué are written in advance of the meetings, and usually the first thing on the agenda is to approve the draft. Then they get down to business.

Secondly, it is important to bear in mind that every which is being said for public consumption is being said for effect. If the truth is likely to achieve the desired effect, then we might be told it – or some version of it. Most likely, we will be told only a fraction of the story. And it's what they leave out that is, most likely, more important than what they say.

Third, if it suits them, they will lie through their teeth, brazenly, consistently, and without a moment's hesitation. And since, rather inconveniently, they don't flag up when they are lying, you have no way of telling whether they speak the truth or lie. On balance, though, the latter is more likely.

Fourth – and most difficult fully to appreciate: never underestimate the ignorance and stupidity of these people. Just because they are at the centre of events does not necessarily mean they are well informed, or even understand what they are being told. Most often, of the crucial developments, the main players are the last to know.

Penultimately – it doesn't matter who you are, you can't defy gravity. Get too close to the sun, your wings melt and you fall to earth. And finally, revisiting and old saw ... you do not need a parachute to go skydiving. You only need one if you want to do it twice. These people are one-time merchants.

So what is really happening with the euro? In truth, not even (or especially) the main players know. But there is one certainty ... whether this month or a few months, it is going to crash and burn.

And whose fault will that be? As they say, it's always de fault of somebody. He's de man.