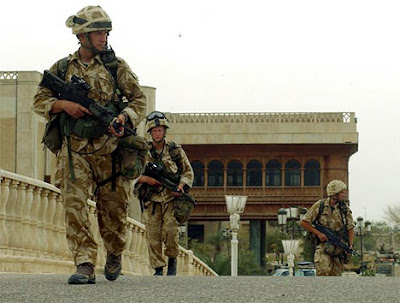 The recent judgement by the ECHR in Strasbourg on the human rights of Iraq citizens has caused not a little concern about the increasing reach of human rights law into military operations. However, that concern is misplaced.

The judgement relates to a case had been brought by the Birmingham-based firm, Public Interest Lawyers, on behalf of Iraqis who claimed their relatives had been variously shot dead, raped, disappeared or tortured by British soldiers between 2003 and 2006.

In its judgment, the court said: "Following the removal from power of the Ba'ath regime and until the accession of the Iraqi interim government, the United Kingdom (together with the United States) assumed in Iraq the exercise of some of the public powers normally to be exercised by a sovereign government".

"In particular", it said, "the United Kingdom assumed authority and responsibility for the maintenance of security in south-east Iraq. In those exceptional circumstances, a jurisdictional link existed between the United Kingdom and individuals killed in the course of security operations carried out by British soldiers during the period May 2003 to June 2004".

"Since the applicants' relatives were killed in the course of United Kingdom security operations during that period, the United Kingdom was required to carry out an investigation into their deaths", the court ruled.

The court then found there had not been an effective investigation into five of the killings. It noted that, in contrast, the UK has held an inquiry into the death of Baha Mousa, a hotel worker who had died while in the custody of British troops in 2003.

Now, the key issue here is that, after the fall of the Saddam regime in Iraq in 2003, the United Kingdom assumed the legal status of an occupying power. In so doing, it took on the powers and obligations set out in the Hague Regulations of 1907 and the fourth Geneva Convention of 1949.

There was no compulsion on the British government to take up that status. Others of the coalition forces took part in post-conflict operations without that status. But, having done so – freely and without coercion – the UK then failed entirely to live up to those obligations.

In specific terms, this was a failure of Blair and his leadership, but since he was the prime minister at the time, the UK bears the responsibility for his actions and failures.

And, although one is hesitant to allow for foreign courts having jurisdiction over the UK, these were – as the ECHR acknowledges - "exceptional circumstances".

If one denies Iraqi citizens access to this court, in the absence of any access to the UK courts, we are saying that they had no redress when exposed to behaviour of UK personnel, military or otherwise, whose behaviour would have been illegal on British territory.

It would have been preferable if the British government had taken note of the legal obligations it had assumed, without the issue having to be put before the ECHR. But since this has not happened, then in the interests of justice, the Iraqis concerned had no option but to go elsewhere for their hearing.

When our public authorities or their officers or servants – and that includes our military – misbehave, it cannot be right that they should escape censure, and that their victims' rights should be denied, merely on the basis that such behaviour was perpetrated overseas.

In our name, our government gave some of our own the power of life and death over others. We have a responsibility to make sure that power was used properly, and obligations to those who suffered when it was not. To our eternal shame, it seems we need foreign judges to remind us of this.