Who listens to the EU? 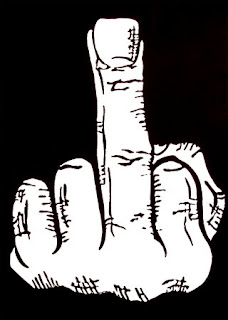 Gosh! I am beginning rather to like the International Herald Tribune, as it launches into yet another attack on the EU.

Even more amazingly, though, the piece one reads on its website is not originated by the paper but by the equally soft-left woolly Europhiliac Associated Press.

"Who listens to the EU these days?" it asks. "Not Russia and Ukraine, who ignore Europe's pleas to resume gas deliveries to Western Europe. Nor Israel, whose relentless assault on the Gaza strip continues amid EU demands for moderation."

The reason for the "shrug off" it hazards, "may lie in the challenges Europe faces in speaking with one voice." Hooray, my co-editor might observe, having rather wearily noted our "tens of thousands of words" that have pointed out the discordance of the "Single European Voice".

However, it seems we are coming in from the cold when the mighty AP opines:

Conflicting national interests have long been an obstacle to the bloc cobbling together a coordinated response, a problem at once exacerbated and exemplified by Europe's failure to adopt a charter that would give it a president and foreign minister with real executive powers.

That, in really tight situations, national interest would always resurface, is another theme we have constantly rehearsed. We exclude, of course, the baffling situation of the United Kingdom, where our political classes seem to have lost sight of what the national interest means, and rush blindly to serve their EU masters, even when a robust "*** off" message would serve us better and bring with it little in the way of penalties.

Anyhow, it is certainly true to say that the past few months have not been kind to the "colleagues" and, with the Czechs taking the mick, the tight-lipped euroweenies seem to be suffering a sense of humour failure.

With the sculpture in the Justus Lipsus building depicting Luxembourg as an ingot of gold "for sale", they must be wishing that the Czech Republic was bearing the same sign. One is surprised that some enterprising eurocrat hasn't put the Republic up on Ebay yet – not that "enterprise" and "eurocrat" sit happily in the same sentence.

That said, the "colleagues" are still playing the bully-boy with Microsoft, invoking suggestions that the US giant "could be forgiven if it issued European map dartboards to all its employees." Rather than indulge in such idle but entertaining diversions, however, the company should focus on the more purposeful and increasingly fashionable activity of telling the EU to *** off.

And if we all did, what is the EU going to do? Send in the Single European Tank?