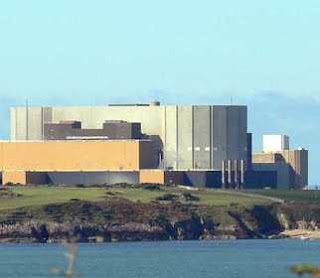 An example of the unreal world in which our politicians live comes with an announcement yesterday that four potential sites for new nuclear power stations have been proposed, "as the government's process for choosing suitable locations starts in earnest."

But all that has happened is the government has announced that the "criteria on which sites will be judged" will be published this coming Tuesday. A decision on which sites might actually be selected may then – or may not – be made later this year.

Needless to say, this has been "spun", with ministers claiming that "up to 9,000 jobs" could be created in building each plant, with as many as 1,000 full-time jobs once (if) the plants are commissioned. However, there are huge hurdles to surmount before this tentative "wish" becomes reality. What could be is by no means certain, and even if it happens, we are talking many years down the road.

Nevertheless, with one of the potential sites nominated as potentially suitable being Wylfa in Anglesey – with the existing plant there due to close down in 2010 – the North Wales regional paper has leapt in with the breathless announcement that "prime minister Gordon Brown has backed Anglesey to get a new nuclear power station – moving the island a step closer to a 10,000 jobs boom."

Frankly, this is moonshine but, needless to say, the BBC piles in, reporting that this "move" has been "applauded by some politicians as a positive step." It thus quotes County Council leader Phil Fowlie saying: "Today's announcement is fantastic news for Anglesey, especially given the current economic downturn facing us."

So let's see. With 500 jobs – real jobs – due to go this year, with more to go when the existing Wylfa plant closes next year, the prospect of a new nuclear power station, some time in the distant, unspecified future is "fantastic news"?

This, in many ways typifies the disease afflicting our politicians, a disease known as "futuritis". It is also epidemic in the European Union. Unable to deal with the problems of the present – other than by making them worse – they fix their eyes on some point in the future, when everything will come right. They thus ignore completely the disasters of today and tomorrow, painting their vision of distant sunlit uplands.

In the meantime, however, what are we supposed to do – go into suspended animation, to be woken once that future has arrived?