Another crisis, another opportunity … 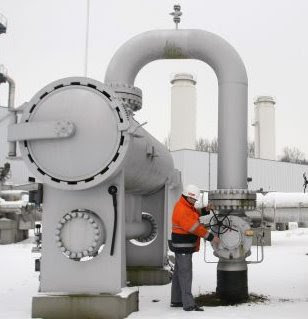 If it was not for the Gaza crisis, then number one item in the headlines would most certainly be the Russian gas crisis. As with Gaza, though, nothing is quite what is seems, the media is as always totally unreliable and there are numerous hidden (and some not so hidden) agendas.

With a tentative resolution on the cards, Russia and the European Union having clinched a deal on monitoring gas shipments through Ukraine, thus paving a way for the resumption of deliveries to EU countries, the EU's real agenda is the same as it has always been – more political integration.

To that effect, this current spot of bother with Russia provides yet another opportunity to invoke the mechanism that has been tried in the past – the beneficial crisis, a mechanism attempted in the aftermath of the Yom Kippur War.

It is ironic now, as then, that there was another Middle East Crisis going on, but this time the two crises are not directly related – except in the eyes of the EU commission president José Manuel Barroso.

In a private meeting with the group leaders of the EU parliament yesterday – the so-called "conference of presidents" – he told this "privileged forum for the exchange also of sensitive information and for frank discussions" that we "will need to assert our interests in managing these crises." The "interests", of course are those of the EU.

As to the gas crisis, Barroso is looking at it in the short, medium and long term. The obvious short-term priority is to get the gas flowing again, although the dispute between Russia and Ukraine is being treated as "bilateral" in which the EU is not prepared (openly) to get involved.

For the medium to long-term, however, Barroso sees the crisis as an opportunity to demonstrate that "current framework" on energy is insufficient. Security of gas supplies in the EU, he tells his "privileged forum" is regulated by Directive 2004/67/EC but the measures set out in the directive are "insufficient to cope with the crisis."

Ever-willing to resolve this, Barroso has convened the EU's "Gas Coordination Group" to "assist Member States" but it will also be looking at "medium- to long-term gas security solutions to be implemented in the future to achieve better preparedness."

To help this process along, an "extraordinary Energy Council meeting" has also been convened in Brussels for 12 January, when it is expected to agree that "the present mechanisms mainly in the hands of the individual states are clearly not sufficient to organise an efficient response at EU level." It will, therefore, call for "the development of a common approach to an EU external energy policy."

The core of this will be a "five-point EU Energy Security and Solidarity Action Plan" (ESSAP?), which will propose further EU control over infrastructure needs and the diversification of energy supplies; external energy relations; oil and gas stocks and crisis response mechanisms; energy efficiency; and "Making the best use of the EU's indigenous energy resources." - which will, of course, come under EU direction.

Bye, bye, what is left of Britain's North Sea oil and gas production.

All of this amounts to one huge power grab, and this time the "colleagues" may be just cowed enough by Russia's action. But, jusr in case they are not, Barroso is looking to the EU parliament to "convince the Member States of a truly coordinated approach and the need to create appropriate mechanisms to secure short, medium and long term energy supplies."

"This crisis," says Barroso, "demonstrates that there is even more urgency to make them than we thought some months ago."

Interestingly, as I have observed before, after the Suez Crisis of 1956 broke the impasse over the Common Market and brought to a head the negotiations which spawned the 1957 Treaty of Rome, it was only half-jokingly suggested that a statue should be erected to the man who had triggered the crisis, Gamel Abdel Nasser, "the federator of Europe".

If this current power grab comes off, the next suggestion may well be that such a statue is also erected in honour of President Vladimir Putin, for his role as another "federator of Europe".