"Mad" doesn't even get near 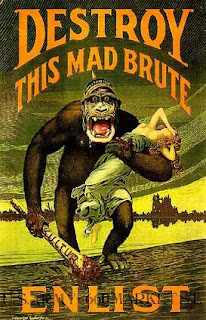 If you discard the economy and Obama, it is very hard to find anything significant in the news, these two issues having driven out virtually every other topic of significance.

In time, the "normal" agenda will re-assert itself, if there is such a thing as normal, and if we have not gone so far down the slippery slope that the abnormal becomes the normal. That itself raises an interesting question – when does the abnormal cease to be so, and become the new norm? I guess we might soon find that out.

Anyhow, my "normality" is that I broke the 80,000-word barrier" on the book in the very small hours of this morning, and am now on the home straight. I reckon two more chapters to go and I've cracked it.

Utterly exhausted and inclined to write about neither hystèrie du jour, I will leave you with this on which to ponder. Long after the dust of Obama's inauguration has settled, and the "credit crunch" has become a brand name for a new range of confectionery, this – if it ever goes ahead – will come back to haunt us all.

"Mad" doesn't even get near.