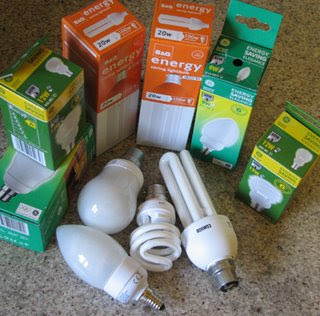 Booker has a piece in The Daily Mail on the "ban" on incandescent light bulbs … worth a read. You might also revisit our piece on light bulbs and eco-fascism.

What is particularly disturbing is that these light bulbs are being phased out from this week via a "voluntary" agreement with Britain's retailers. This is a shady deal between our own "high-and-mighty officials and politicians" in the government and the retailers, who will no longer sell them.

There is no law and the matter has gone nowhere near Parliament, which has been completely sidelined on this issue – emphasising yet again the impotence of this institution.

This is government by fiat and the clearest of all statements that the laws of this land are no longer made by Parliament, but by a government which is no longer in the remotest way accountable to its people.

Interestingly, the Mail story has 310 comments (at the time of writing), but a pretty mixed response. In the meantime, there is "panic buying" in the shops as people buy up what is left.

No doubt there will be any number of bootleggers now, who will sell you an incandescent bulb on the side, turning this ordinary household item into a symbol of rebellion. The real symbolism, however, may be missed. As these lights go missing from our shops, they mark the lights going out on what is left of our democracy.