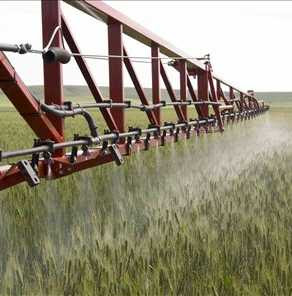 This is important. Gaza is terrible, and the suffering there – for whatever reasons – is appalling. But, in its own way, this will bring as much if not more suffering – a completely avoidable bureaucratic impost which will cause famine and war throughout the third world.

We are referring to the EU's pesticide directive, the third reading just approved by the EU's puppet parliament and, if you think I am exaggerating, read my earlier piece and ponder.

Bruno Waterfield gives the latest, noting that the EU parliament has just voted by a large majority to approve new legislation that will restrict the use of pesticides in agriculture on the basis of irrational fears rather than reason.

Farmers, writes Bruno, predict that the new European Union legislation will have pretty catastrophic impact, mean the end of the British carrot and a 50 percent collapse in potato yields. Experts forecast that the Brussels regulation will also lead to the doubling of the price of the Brussels sprout - along with other brassica, vegetables and cereals.

This is correct, but this does not take into account the effect on the third world, which will be similarly handicapped, as it tries to export agricultural produce to EU member states.

Bruno, however, takes on the broader point. He notes that "the real problem with the legislation is that it has continued the onward march of unreason as a principle of public authority." It is dangerous, he adds, to have public policy which is constituted on the basis of irrationality and laws that deliberately reject rationality for irrational fear-based concepts such as the precautionary principle. Thus he continues:

Public authority and policy should be subject to rationality, and measures on pesticides governed by the scientific method, to be properly accountable. Rationality is not detached or abstract, it is based on argument, testability and evidence. It is profoundly living, human and creative. It is the fundamental basis for proper democratic politics.

Public authority that is not based on argument but, like much environmental legislation, on fears or prejudices lifts itself beyond argument and thus the people. Authority exercised in this manner necessarily tends to unrepresentative.

Such authority (as we have seen time and time again with civil liberties restrictions on the basis of hyped up fears of terrorism) tends to be arbitrary and destructive, hence the impact on farming.

This could not be better said. We expressed our concern about the way this was sidelining the political process. Nothing has changed. And nothing will change. This is the EU. It will destroy us all.