End of the Tillack saga? 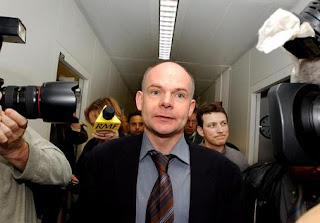 Media for Freedom reports that the accusations of bribery against the journalist Hans-Martin Tillack have been dismissed by a Belgian court for lack of evidence. Aparently the International Federation of Journalists is now calling on the EU "to tell the whole truth" about the complaints and why they were made. I guess it is a little difficult to work out why there should be ridiculous legal attempts to silence journalists who write about corruption about the European Union and its anti-corruption unit, OLAF.

On Tuesday, the Belgian state was ordered to pay Tillack €10,000 in compensation and €30,000 costs. At least the poor fellow will get his hands on the moolah while there still is a Belgian state to pay him.

The first commenter wonders why he has not seen anything about this outrage in the British media. Well, perhaps, he should have been reading EUReferendum. We covered the subject exhaustively. But there's none so blind ...
Posted by Helen at 01:38