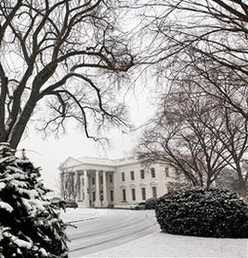 I really had not intended to do another "climate change" story but, with this flashing round the internet – with about six copies sitting in my inbox - and covered by Watts up with that, it is unmissable.

First published by the Senate EPW blog prop. Jame Inhofe, this has it that James Hansen's former NASA supervisor has declared himself a sceptic. Hansen, he says, has "embarrassed NASA" and "was never muzzled", although he should have been.

Our current hero is retired senior NASA atmospheric scientist, Dr John S Theon. As Hansen's former supervisor, he joins the rapidly growing ranks of international scientists abandoning the promotion of man-made global warming fears. "I appreciate the opportunity to add my name to those who disagree that global warming is man made," Theon wrote to the Minority Office at the Environment and Public Works Committee on 15 January 2009. "I was, in effect, Hansen's supervisor because I had to justify his funding, allocate his resources, and evaluate his results."

"Hansen," he says, "was never muzzled even though he violated NASA's official agency position on climate forecasting (i.e., we did not know enough to forecast climate change or mankind's effect on it)." He thus embarrassed NASA "by coming out with his claims of global warming in 1988 in his testimony before Congress."

Theon is also declaring "climate models are useless." His own belief concerning AGW is that "the models do not realistically simulate the climate system." There are many very important "sub-grid scale processes" that the models either replicate poorly or completely omit.

"Furthermore," he says, "some scientists have manipulated the observed data to justify their model results. In doing so, they neither explain what they have modified in the observations, nor explain how they did it." Theon also charges that these scientists "have resisted making their work transparent so that it can be replicated independently by other scientists."

This, he adds, "is clearly contrary to how science should be done. Thus there is no rational justification for using climate model forecasts to determine public policy."

With Jim Hansen being al-Gore's closest ally and the source of the data on which he relies, if there was any justice in this world, Gore would be well and truly stuffed. The "global warming" gravy train, however, has gained such a head of steam that it is going to take some stopping. But the writing is on the wall.

The pic, by the way – courtesy of Powerline blog - shows a whiter than white White House in a snowy Washington, all lined up for al-Gore's visit today. It is known as the "Gore effect".