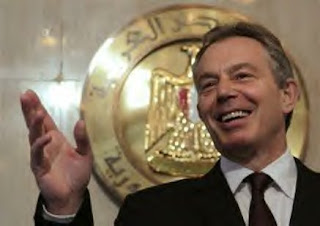 Given that there is very little time left for the Bush presidency to make a significant mark on world affairs, given that President-Elect Obama seems to be strangely silent on the Gazan situation (voting "present" perchance) and given Secretary of State Rice's complete inability to understand what goes on in the Middle East, I thought that the United States abstaining on UN Resolution 1860, which was always going to be disregarded by Hamas and is, consequently, disregarded by Israel was as good as we could get.

It seems that the outgoing Secretary of State wanted to support the rather fatuous British proposal but was overruled by the President. So she abstained, explaining that the United States wanted to make sure that the Egyptian proposal (hey, what happened to the French bit of it?) would have a good chance of going through.

John Bolton does not think much of this. If the United States wanted to give the Egyptian proposal, which, incidentally concentrates on Fatah as the negotiating partner, not Hamas, a reasonable chance, there should have been a veto with that explanation. France and Britain, he thinks would have gone along with that, albeit with gritted teeth. As it is, America voted "present", as we know the favoured stand of the President-Elect.

John Bolton, rather gloomily, sees this as the precursor of many similar abstentions. He may well be right, though it is also fair to say that we still know nothing about the next President's views or attitudes as far as foreign policy is concerned. He said a number of contradictory things during the campaign, many of which were rather frightening. Then he appointed Hillary Clinton, whose foreign policy expertise he contemptuously decried. Now he is keeping quiet though he is making plenty of pronouncements about more bail-out and yet more bail-out.

It is, however, fair to say that the present Gaza conflict (I doubt if it will be the last but you never know) has claimed a number of collateral casualties and one of them is Secretary of State Rice's reputation - or what was left of it.

When Condi Rice became Secretary of State (black and female, actually a descendant of slaves who grew up in the segregationist and KKK infested south but hey, the earth did not move) I had high hopes, which were based on her professional achievements. Sadly, she, too, fell victim to the State Department's mentality and disappointed many of us.

It was not only her cack-handed and fliberty-gibberty attitude to the Middle Eastern situation that were such a problem, although how anyone with a spark of intelligence could compare a fence put up to protect innocent civilians from suicide/homicide bombers with the segregation of her childhood Alabama remains incomprehensible. Luckily, President Bush stepped in from time to time and prevented her from making too much of a mess.

But Dr Rice's speciality is Russia, the Soviet Union and related matters. Yet she seemed unable to grasp what is going on in that country either. Possibly, those who briefed her from the State Department got it all wrong. Wouldn't be the first time. Then again, I don't suppose her successor will be any better. But I should like to register my disappointment.

Today's Wall Street Journal, however, brings us news of a reputation that has been completely ruined by the Gaza conflict, according to the author Alistair MacDonald.

As the death toll in Gaza mounts, the conflict is causing some collateral damage in an unforeseen area: the reputation of former UK Prime Minister Tony Blair as an international statesman.

During his 10 years as Britain's prime minister, Mr. Blair played a prominent role in events ranging from the Northern Ireland peace process to the Iraq war. Now, though, as Middle East envoy for the Quartet group of the United Nations, the US, the European Union and Russia, he is finding himself marginalized while another European statesman, French President Nicolas Sarkozy, garners the headlines as a joint sponsor with Egypt of a cease-fire proposal.

Alistair MacDonald was appointed last year as the Wall Street Journal's UK politics, economics and European financial regulation correspondent. We shall see a lot of him and his articles, I assume. If this is a fair sample, the prospect does not fill me with joy.

First things first. One can argue about Condi Rice's reputation but Tony Blair's? He certainly spent a lot of time racing round the world, talking to all sorts of people - but an international statesman? On what grounds?

Yes, yes, I know he is about to receive the Presidential Medal of Freedom together with former Australian Prime Minister John Howard and Colombian President Álvaro Uribe but that still does not make him an international or any other kind of statesman.

Mr Blair certainly played a prominent role in the Northern Ireland peace process but that, for Mr MacDonald's information, is not an international matter. Northern Ireland is part of the United Kingdom, of which Mr Blair was Prime Minister for ten long years. (My goodness, if this is the calibre of the people hired and/or promoted by the WSJ in the Murdoch empire, I shall have to give up on that newspaper as well.)

In any case, the situation in Northern Ireland where different terrorist-turned-into-criminal gangs control bits of territory is not much to the man's credit.

Tony Blair played a prominent role in the Iraq war and many Americans from President Bush down felt grateful to him. I think that he was right to line up with our greatest ally but his argument for the need to do so was so ridiculously cack-handed (I am beginning to like that expression) that we have done nothing but argue about files and their appearance instead of concentrating on the important issues: is participation in this war in Britain's interest and are we going about it the right way.

The first question was not aired even once, as the words Britain and interest do not figure high in Mr Blair's scheme of life. The second, as we all know from my colleague's meticulous research can have only one answer: absolutely not and, furthermore, we are refusing to learn from our mistakes.

What of Mr Blair as the Middle East envoy with somewhat nebulous tasks and no powers?

Mr. Blair, charged with developing the economies of the West Bank and Gaza, has faced an uphill battle since his appointment in June 2007. Because of security concerns, he hasn't visited Gaza but has focused on negotiating with Israeli and West Bank officials on issues such as removing roadblocks in the Palestinian territories. Meanwhile, the economies of the territories have declined, leading many to question his effectiveness.

I expect they did and Mr MacDonald quotes at least one "moderate" Palestinian politician who says just that, wording it slightly differently. (How does one get a job like Mr MacDonald's?)

The truth is that if Hamas was not prepared to or could not guarantee Mr Blair's safety then there was no point in taking on the envoyship. Roadblocks are an issue but a bigger one is the internal situation in Gaza and the West Bank, affectionately known as Hamastan and Fatahland, future parts of the coming three-state solution.

Economic development comes from within a country or a society with, naturally enough, links to the outside world. Either Mr Blair does not understand this, in which case he is the wrong person to appoint or he does understand this but does not bother to think beyond today. The latter tended to be his attitude during his premiership, so I am inclined that he jumped into this without bothering to consider the consequences. 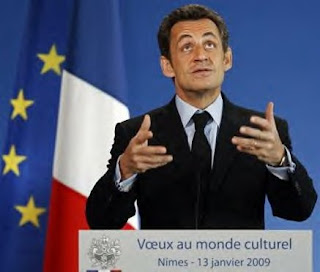 As for President Sarkozy, who is so reluctant to relinquish his role as representative of the European Union and go back to solving the problems his own country is facing, it is not entirely clear whether his reputation will not be part of the same collateral damage.

At present he is managing to annoy the Czechs, who feel that they are the ones to conduct negotiations, as they have taken over the EU presidency. This is causing a certain amount of amusement.

Nicolas Sarkozy is a small man, about an inch shorter than Napoleon, with an ego as large as an empire. He also travels the world with a famous wife and a penchant for inserting himself into the center of international crises.

The most recent is the Israeli-Hamas conflict in Gaza, where the peripatetic French president, uninvited by the participants, shuttled between Jerusalem; the West Bank town of Ramallah; Beirut, Lebanon; Damascus; and Sharm al-Shaykh, the Egyptian resort on the Red Sea; attempting to negotiate a cease-fire.

In fact, the cease-fire is now referred to as the Egyptian plan with the French part of it conveniently overlooked. Egypt is, apparently, trying to push Hamas into accepting a truce and the government is not happy with the Hamas leadership. Turkey is also mediating and seems to feel the same way. Hamas is, naturally enough, worried that a truce or a longer-lasting peace will sideline or completely destroy them.

Where is all this is the perpetually moving President Nicolas Sarkozy? Or the EU for that matter? Sigh. Another casualty of collateral damage.