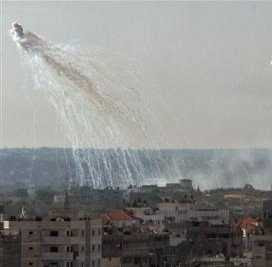 Yesterday did not go quite as planned, with several posts on the stocks but none written. Not least, the book is taking its toll, now with 62,000 words written, and the shape of the "plot" crafted by Booker in his column.

Predictably, the comments on the online version were relatively few in number, but better quality than expected. Usually, when anything on Iraq is written, it drags in all the nutters, afflicted with Bush derangement syndrome and those accusing Blair (and Bush) of conducting an illegal war. There would have been more comments, but for the moderators' censorship – hotly denied but true nonetheless – and habit of closing down comment early.

One interesting comment from an American accused us Brits of being "two-faced." We complain "when YOUR troops are just sitting there when they are getting hit with rockets & mortars; but then you protest in the streets when Israel takes the VERY SAME action YOU demand that YOUR troops should have taken to halt the rockets and mortars."

Actually, "we" don't, but I was not allowed to make that point by the censorious Telegraph. But, as we pointed out in an earlier post, there are parallels between the situation in al Amarah in the first half of 2006 and the present situation in Gaza. In the former, the British turned tail and ran, in the latter, of course, we see a robust response, reflecting a determination and commitment than no longer seems to exist in this country.

The parallel continues in a sense, where we see the whimpish response of our government manifest itself again, with first Miliband and now Gordon Brown calling for a cease fire.

The only good thing to come out of this horrible episode, therefore, is to see the Israelis – in contrast to their disarray in Lebanon in 2006 – reject the bleatings of the appeasers who seem to think that it is possible to negotiate with Hamas on the same basis that you would expect with a normal government.

That rejection also extends to the increasingly pathetic EU which is so embarrassing that it seems to be admitting its own failures even to itself. The ghastly Javier Solana has conceded that there had been a "failure of diplomacy" in response to the Gaza crisis so far.

Much the same has applied to the other tranzie deadweight, the UN, with even Hamas dismissing its attempts at mediation as a "farce", after the security council failed to agree a statement in response to the crisis.

By contrast, the US is taking the only credible line, calling for a ceasefire "as soon as possible" but linking that to an absolute guarantee that Hamas ends its rocket fire. And there, Hamas could bring this trauma to an end right now. All it has to do is to stop firing rockets, surrender its arsenal and give that guarantee.

However, there is one final parallel with al Amarah. Although the British response to what is known as "indirect fire" was ineffective, that did not mean that it did nothing. It launched many raids into al Amarah, killing and wounding several hundred (or even more), Mahdi fighters, damaging and destroying hundreds of houses and killing many civilians. It also called in air strikes, many times.

These things it did in the exercise of its right to self defence, as an occupying power, under the 4th Geneva Convention of 1949, and the much older rules in the Hague Regulations of 1907. None of the precious "international community" so much as batted an eye when the UK exercised this right – much less called for a "cease fire" while the Mahdi Army was still rocketing the British base. Yet it seems that the UK, with its fellow travellers, would deny Israel exactly the same right.

Perhaps our commentator was right: us Brits are two-faced.