No better word for it 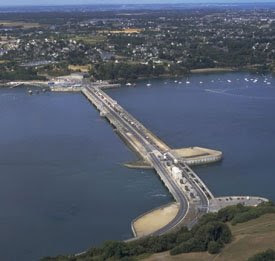 There is a madness abroad which is both unwholesome and disturbing, pointing to a society in decay, that has gone beyond the point of no return.

No other explanation can be found for the torrent of glib, technically illiterate outpourings from the serried ranks of media "environmental" reporters, gushing and gooing about the prospect of the Severn barrage lurching forwards into another realm of unreality.

At the forefront is Lewis Smith, "Environment Reporter" for The Times who uncritically prattles about "a £22 billion tidal energy project that would provide almost 5 percent of Britain's electricity".

The point, of course, if Mr Smith had stooped so low as to do any research – as Booker has done - he would easily have discovered that, at best, the barrage will deliver only 22 percent of capacity. His "5 percent of Britain's electricity" drops to about one percent … at a cost of £22 billion!

Unsurprisingly, so colossal are costs – and so meagre the returns - that no self-respecting investor will touch it with a barge pole. Thus does Smith of The Times twitter: "Tidal energy project will be funded by taxpayer."

But it is also she who imbibes the mindless propaganda that the Servern barrage "would provide five per cent of the UK's energy needs," although she does at least quote Prof David Elliott, co-Director of the Energy and Environment Research Unit at the Open University. He says that, "Quite apart from its environmental problems, the single big barrage idea is pretty hopeless in energy terms."

As regards the insane idea of littering out seas with wind turbines, we also get John Constable, policy director at the Renewable Energy Foundation. He says that international competition for engineers and materials "would make it very difficult to build the offshore wind farms and the grid could not take an extra 25 gigawatts of energy from wind."

Thus, in the absence of any commercial or technical justification, we the taxpayers are to be forced to pay the bill, all to satisfy this mad compulsion of the greenies, and our masters in Brussels. Thus says Mr Ed Miliband, Secretary for Energy and Climate Change, "it [the barrage] could make a significant contribution to reducing the nation’s dependence on fossil fuels for energy." Despite the cost, "it highlights their [the government's] commitment to tackling climate change."

That is what I mean about madness. When we have a government that is planning to spend billions of our money on an insane scheme, just to highlight a "commitment", there is no better word for it.