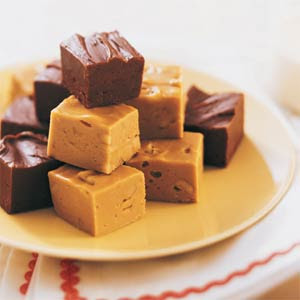 Polls which confirm the general public antipathy towards the European Union are always good news, and one such appears in The Sunday Telegraph today, carried out by YouGov, commissioned by the Tax Payers Alliance and Global Vision.

Headlined, "Loosen Britain's ties with European Union, say two-thirds of voters", it tells us that almost two-thirds of voters want "a significant loosening" of Britain's ties with the EU including "an end to the supremacy of the European Court of Justice." (One wonders, incidentally, whether all those polled know the difference between the ECJ and the Court of Human Rights - a lot of journos don't.)

As to the detail of the poll, 16 percent of voters want Britain to withdraw from the EU, while 48 percent want a "much looser relationship." Added together this makes 64 percent in favour of weakening Britain's ties with the EU. By contrast, just 22 percent favour full membership including the Lisbon Treaty. Additionally, 64 percent oppose the euro, while 24 percent support membership.

However, the choice between outright withdrawal and "looser ties" is false. Membership of the EU is not an à la carte option where you can pick and choose from existing treaties and reject those bits you don't like, while keeping the others.

In particular, in respect of the supremacy of the ECJ, that is so fundamental to the very essence of the EU that rejecting its dominance would amount to a rejection of the EU in its entirety. You can imagine, say, if you accepted traffic laws, but rejected the authority of any court to fine you for speeding, what would happen. Certainly, the EU could, which is why it would never allow the authority of its "supreme court" to be challenged.

One can see the tactical advantage, though, of posing the "looser ties" question, but it would make much more sense then to have another question. This one should pose to the "looser ties" crowd the scenario that no changes can be made to existing treaties and, therefore, their original choice is not an option. In that scenario, what is the preference: in or out?

The problem is that, for generations, the political classes have fudged it, holding out the false hope of "reform", keeping alive the myth that the EU can be changed into a more acceptable form of construct. It can't, and the EU makes this very clear – "take it or leave it" is its ethos. Buy the whole package or nothing.

Faced with that stark choice, some "looser ties" advocates would fall by the wayside, unable to countenance the idea of letting go of nanny, but the likelihood is that we would see a much higher proportion than 16 percent who now say they want to leave.

Even then, 16 percent could be electorally significant. Potentially, those who want to leave – despite the massive tide of propaganda that says we can't or shouldn't – could be influenced to vote for a party that promised our departure. And that 16 percent is well over twice the margin between the two main parties. Arguably, the party that made the promise could win the next election.

On the subject of elections, the poll also asks about voting intentions for the euros. It puts the Tories at 35 percent, Labour on 29, Lib-Dims at 15, and UKIP on seven. The Greens get five percent, BNP four, and the Nats also four. These figures are pretty meaningless though. They don't give the "don't knows" and the "don't cares", which probably exceed in number those who would vote for any specific party.

This is borne out by another result, which finds that some 45 percent of voters believe none of the three main political parties adequately reflects their views "on Britain's future relations with the EU." We also get 59 percent wanting ministers to disregard the EU's VAT rules if they feel a further cut in VAT is necessary.

This latter idea is more fudge. But if you don't like fudge, you can take it or leave it. Perhaps we need the EU to be like fudge.